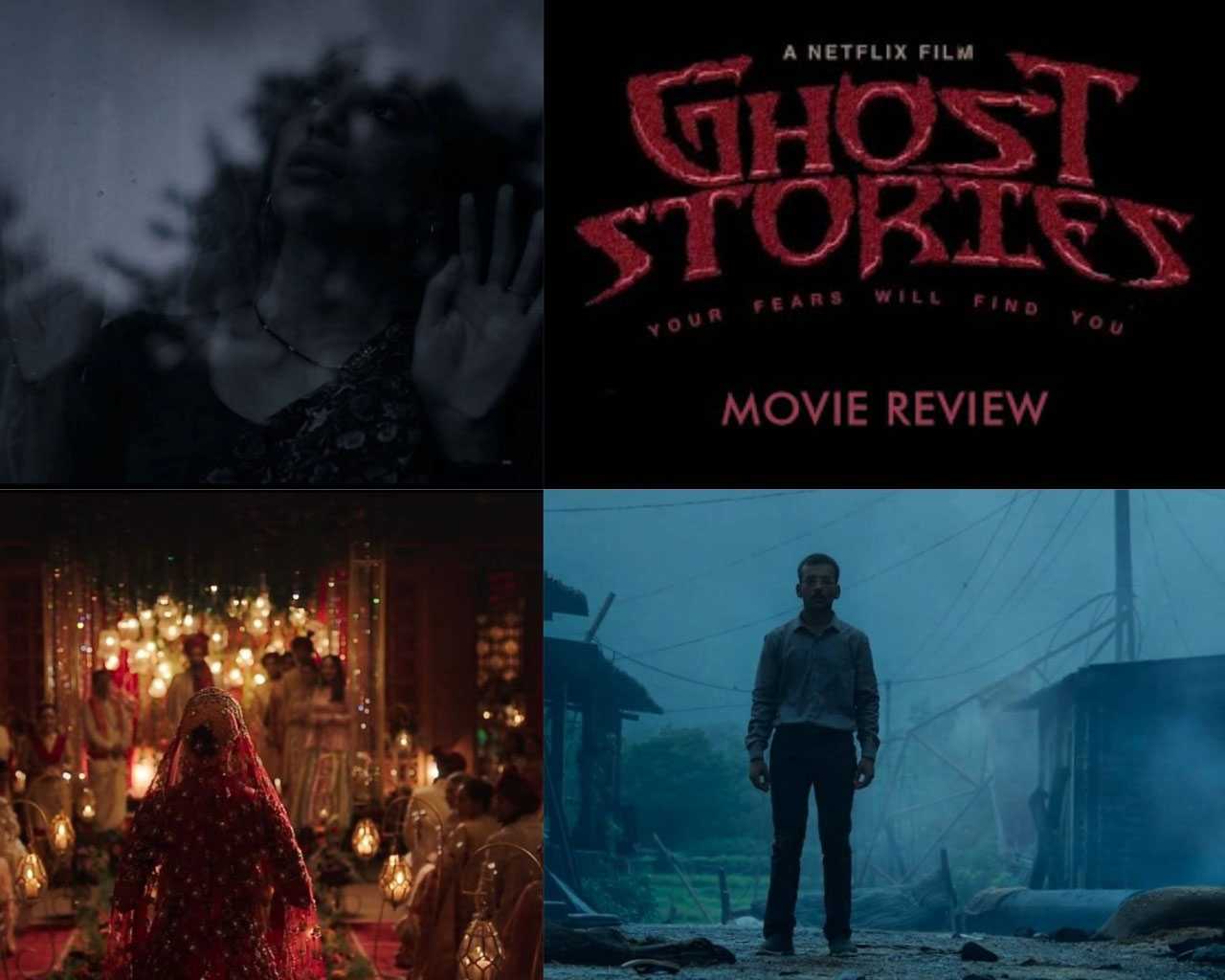 After Bombay Talkies (2013) and Lust Stories (2018), the four famous directors; Anurag Kashyap, Dibakar Banerjee, Karan Johar and Zoya Akhtar, have collaborated on another anthology – horror short films. Released on January 1, 2020, the collection named ‘Ghost Stories’ consists of four short film segments. While their earlier movies revolved around cinephilia and lust, this recent release, as the name points out, deals with the horror genre.

The first segment of Akhtar, named ‘Nurse’ was about a nurse named Sameera looking after an elderly patient named Mrs Malik, both of whom have suffered the consequences of familial abandonment. While Sameera waits for her boyfriend Guddu; Mrs Malik, hit by delusions, keeps calling out for Armaan, her son who’s nowhere to be seen or heard. Even though the story ends with a mundane and slightly dumb twist, it has certain details which still make it okay — portraying it as a story of melancholic hope and intuition as well, giving it a slightly more exciting outlook.Nurse

The second story was of Kashyap’s, named ‘Bird’, however, isn’t nearly half as impressive as the one in ‘Lust Stories’ which was probably the best out of the lot. This story revolves around a pregnant woman who babysits her nephew during the day. Might be a coincidence but there are many similarities between the first two stories such as both have the dramatic effect of a ‘failed childhood’, the mirrors featured in important scenes, the frequent use of hallways and many more.

Mr Banerjee’s story ‘Monster’ was the third in the list. To everyone’s surprise, Banerjee’s story was far more symbolic than Kashyap’s. The story starts with an anonymous man (who’s identified as ‘Visitor’ in the end credits) entering a deserted countryside which is known as Bisgarah or Smalltown. This place consists of only two survivors ‘Little Boy’ and ‘Little Girl’ who explain the land’s laws. They told the visitor that the Saugarah or Bigtown people ‘ate the people of the Smalltown’ as a result of which, to survive, the Smalltown people began eating their own. The Little Boy explains: “If you move, you’ll die; if you speak, you’ll die; they don’t eat those who eat.” Monster is an excellent example of layered and symbolic storytelling. Using smart hints, Mr Banerjee continually sustains our interest.

The last story is of Karan Johar’s and is named ‘Granny’. Mr Johar’s story is about a young woman named Ira marrying a rich and prosperous husband, Dhruv, who seems to have an obsession with his (dead) grandmother. As a result, Dhruv needs her permission for everything as well as wishes her goodnight every single night as a daily routine. The housekeepers, too, are in awe of the old lady. This story somewhat seems like Daphne Du Maurier’s ‘Rebecca’ (where there was a dead wife instead of a dead grandmother).

Though each of the stories, were not up to the expectation of a ghost story/ a horror story, each one is different and has a thrilling element with some parts of a scare here and there. Coming to actors and their acting, it’s pretty much basic. The main characters have done a really great job, and there are no complaints or criticism about them. Considering how it is being streamed on Netflix, we can expect standard acting, direction and cinematography. Even though the first story had the suspense and an exciting storyline, it could have been made better. The second story was slightly confusing. However, Dhulipala fully commits to the role of a soon-to-be mom uncertain of her child-rearing faculties. She’s good, and has the support of a strong screenplay. Karan Johar’s imagination, too, is tested while treading unfamiliar territory. However, I would say that Dipankar Banerjee’s was the best one. It had that political aspect about how the people of the big cities are always dictating over the rural people. I think it’s the right way of showing the entire caste system, inequality and other such things through cannibalism.

Navigating unfamiliar territory can be very difficult, especially when you are out to entertain others. Even though this was not such a success, we should be happy that Indian Cinema is trying to create films of new genres which have not been done previously.