As soon as the alarm goes off at 6 am, with one eye opened, he would call her to wake her up, so that she could start getting ready for office and then he would get back to sleep again.

She would call him back exactly after an hour while running down to work and would wake him up, so that even he can start off with his day, although they hardly talk for few minutes but they always made a point to wake each other up every day.

It was their little routine of their own little world before they joined the chaotic rat race for the day. No matter how busy both were whole day, but as soon as one of them got free or ate something, they immediately used to wonder what the other one might be doing. Whether they would have had anything to eat yet or not? And that’s when they dropped a simple message saying “had food, please you too have on time, love you…” It made the other one feel special; made them realise that no matter how hectic their routines are or how arrogant their bosses are or how hostile the world is, but you are safely sheltered in someone’s heart and soul! Just like the day, at night too, no matter whoever works late or is out with friends the other one used to wait until they are home so that they could spend some quality moments of tranquillity, where it’s their little world again, no hustles, nothing. Just a soothing voice over other side of the phone which makes you feel heavenly, no matter what kind of day they had but this here, was their relaxation spa which would make them forget the world!

Love is not complicated at all. People nowadays have made it so. For me, it’s one of those feelings which keeps you going an entire day with gusto. Nowadays, people are obsessed with their “SPACE”, they won’t give away their Whatsapp or Facebook passwords but they would readily let go off a person who has forfeited all their “social networking” for them! People nowadays want a love which is larger than life and in pursuit of that, they let go a modest and humble relationship.

Break-up’s, hook-up’s, flings and all are the “IN” thing, and if you are committed to a person for 5 years then you are considered ‘UN-COOL’! Love is never larger than life. It’s those two people who make the relationship great with their commitment, sacrifice, selflessness and patience.

Any relationship needs “maintainance”. Those happy couples you see are not happy since the day they met, they are not jumping in the bed every now and then. It’s easy to have sex but opening up your soul to someone, letting them in, share your darkest fears, talk about craziest things at the weirdest hours, that’s the biggest struggle!

A break-up is the easiest option. It doesn’t take any effort. You just have to tell somebody that “things are not working out with us anymore” or “I don’t think I like you anymore” and it’s done! There is no courage required for that, courage is required in confronting a person, to tell them your concerns, stand by them and give them constant support while they work on those things with heart and soul! And trust me, if you feel the urge to break-up with that person then that is NOT love because true love stays, survives and flourish, period!

Nowadays I feel that love is not Old School anymore, maybe it has graduated! Every girl and guy wants true love which stands tall in worst of storms, but the fact is they just want to get LOVE, they no longer “GET” love! 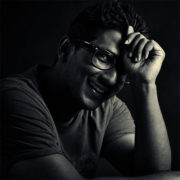 A mechanical engg by profession, but my soul has always inclined towards creative stuff. I am the kind of a person whom you can look forward to have an insightful conversation at middle the of the night. As my name depicts i am 'dil se' person, no matter if it's love or friendship, it's all on extremes for me. Being a hardcore movie addict i like to believe that I have got all my sanskar from movies itself! ;-)

How Does Long-Distance Relationship Work?

5 Signs That Shows Your Relationship Has Hit The Expiry Date

15 Signs That She Is Using You