Nowadays, we are well aware of the royal drama that is all over the internet. The whole royal drama is about the Duke and Duchess of Sussex, also known as Prince Harry and Meghan Markle, stated the media that they would take “a step back as ‘senior’ members of the Royal Family.”

When we first read the news, many questions popped up in our head, like:-

Why take a step back?

It appears much shocking on the surface for living like royals and still giving up, but Prince Harry and Meghan have both betokened that royal life can be a tremendous mental exertion. Prince Harry too spoke out regarding the obligations of public life and the scrutiny that occurs with it. He definitely stated the toll of the attention that took on his mother, who died in a car crash while being followed by paparazzi. The couple has further been endless fodder for the tabloids. They have sued publications for their frequently racist coverage.

The stress of royal life away, Meghan and Prince Harry, from the origin, have attempted to balance their public life with their private life. By the birth of their son, Archie, it’s fundamental that they might require to spend more time as a normal family alone.

“After many months of reflection and internal discussions, we have chosen to make a transition this year in starting to carve out a progressive new role within this institution. We intend to step back as ‘senior’ members of the Royal Family and work to become financially independent, while continuing to fully support Her Majesty The Queen. It is with your encouragement, particularly over the last few years, that we feel prepared to make this adjustment. We now plan to balance our time between the United Kingdom and North America, continuing to honour our duty to The Queen, the Commonwealth, and our patronages. This geographic balance will enable us to raise our son with an appreciation for the royal tradition into which he was born, while also providing our family with the space to focus on the next chapter, including the launch of our new charitable entity. We look forward to sharing the full details of this exciting next step in due course, as we continue to collaborate with Her Majesty The Queen, The Prince of Wales, The Duke of Cambridge and all relevant parties. Until then, please accept our deepest thanks for your continued support.” – The Duke and Duchess of Sussex For more information, please visit sussexroyal.com (link in bio) Image © PA

Did this happen abruptly?

The answer is NOT REALLY. Since Prince Harry and Meghan got married, they have been gradually accelerating off from the family ever. According to the news, the Queen has granted them much more extra freedom than Prince William and his wife Catherine, as Prince Harry isn’t straight in line for the throne. They were presented the secluded Frogmore Cottage as their official residence and were permitted to spend Christmas with Meghan’s mother rather than with the Queen at Sandringham estate. They were lately rebounded from an elongated break from their royal duties.

Also, according to the news, The Queen didn’t incorporate a photo of Prince Harry and Meghan on her case while her annual Christmas address to the United Kingdom.

The reaction of everyone with the breaking news?

Prince Harry and Meghan first disclosed their ideas to divide their time between the U.K. and North America in their blow announcement on December 8.

However, Prince Harry and Meghan failed to obtain permission from Queen Elizabeth II before declaring their original plan to convert into a part-time, financially independent royals and split their time between the U.K and North America. To which the royal family is assumed to be “hurt”. Although the Queen with Prince Charles and Prince William have announced that they team to run with the government and the Sussexes to sort out a solution.

Why did they announce the decision without the permission of the Queen?

The Duke and Duchess of Sussex, Prince Harry and Meghan, seemed compelled to reveal their plans precipitately following they discovered that the Sun, a tabloid owned by Rupert Murdoch, caught rumour of the private discussions about their status and was cooking a story, two people with links to the family.

The couple likewise has a notable wealth of their own. In Prince Harry’s case, the bulk of it is inherited, while Meghan back in 2017 made $50,000 by starring in the episode in the United States television series Suits.

What is the current update?

Presently Meghan Markle has returned to Canada following stating her plans to “step back” and become “financially independent” from the royal family, according to many articles. Prince Harry is reportedly living in England to proceed with the conversation with the palace regarding the big move.

Prince Harry and Meghan revealed that they would continue to “fully support” the Queen and work with other members of the royal family, including Prince William and Prince Charles. 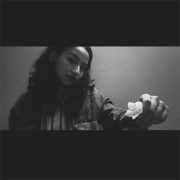 Retaliation, But No World War III Over Soleimani Death