When the accused of the horrific rape and murder of the 26-year-old woman veterinarian doctor in Hyderabad, were killed in an extra-judicial encounter, politicians across the party lines lauded the Telangana police force for executing “instant justice”.

Indian politicians and the crime against women

According to data released in 2019 by the Association of Democratic Reforms (ADR), in the newly constituted Lok Sabha Assembly, nearly half of its members have criminal charges against them. While talking about the crime against the women, the ruling Bhartiya Janta Party tops the list. According to the ADR list, about 30 per cent of the MPs and MLAs of the BJP, are facing grave charges like rape, murder and kidnapping of women. Among the newly elected legislators, 19 MPs have declared cases related to crimes against women. While three have reported cases related to rape, six have announced cases related to kidnappings and murder registered in their names.

According to 2018’s record, BJP alone had at least 12 incumbent lawmakers (in central or state legislatures) charged with crimes against women, the highest for any Indian political outfit.

July, the car of the rape survivor was hit by a truck, and she was severely injured. The victim was battling for her life, and she lost her two aunts in the fatal accident. The family alleged foul play. The CBI later filed a charge sheet against Sengar and his associates, but no murder case was registered.

The victim said: “Modi Ji, please help me, he (Chinmayananda) is threatening that the police, DM (district magistrate) and everyone else is on his side and no one can harm him.”

Alleged that Chinmayananda had sexually harassed many women including her and police, refused to register even a single complaint against him despite her repeated pleas. The release of the video that went viral, and under media pressure police arrested the monk. He later filed an extortion case against the victim.

Chinmanayanda is a former minister of state for home affairs, and in 2011 a rape case was filed against him. In 2017, when BJP came in power in UP, the case was withdrawn.

Leaders’ remarks and what they say about the “rape culture.”

“Not even Lord Ram can stop rapes,” a BJP lawmaker in Uttar Pradesh, was quoted as saying by the Quarts India last year.

Such remarks reflect the sick mentality and their understanding of the subject. He is not the only one who is laying the foundation block of the rape culture.

BJP’s women leader Kirron Kher did not shy away from victim-blaming. In 2017 she said that it is the rape victim who should have been more cautious.

In 2013, Rashtriya Swayamsewak Sangh (RSS) chief Mohan Bhagwat said rape was an urban issue, and that it didn’t exist in rural India at all. He blamed “western influence” for rape and went on to advise women to be good housewives. RSS is the parent organisation of the BJP.

“Hypocrisy ki bhi seema hoti hai,” this famous statement made by Prime Minister Narendra Modi suits perfectly on Indian politicians. They are protesting, condemning and assuring strict actions against the executors of the heinous crime against women, but refuse to denounce their own colleagues.

The politicians, however, are not alone the flag bearer of ‘hypocrisy’. The voters are too wrongdoers. There is a saying in Hindi — कीचड़ में पत्थर फेंकोगे तो छींटे तुम्हारे ऊपर आएंगे

Election Commission of India ensures that a political candidate declares criminal cases registered against him/her. Despite it, rarely any voter would take the pain to read the affidavit or login to myneta.com before stepping out to cast their vote. Firstly, we send criminals as the lawmakers and then we expect them to take strict actions against the people of their own community (criminals)!

What could be hypocritical than this?

ADR correctly concluded: “Democracy is undermined, and its institutions are rendered ineffective when criminals control them. The ready excuse of politicians that they cannot be considered criminals unless courts convict them is acceptable only in a strictly technical sense. It is well-known that cases go on for years and decades and most often, politicians are able to extricate themselves from this in various ways and means”. 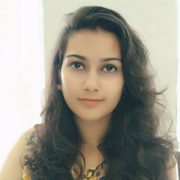