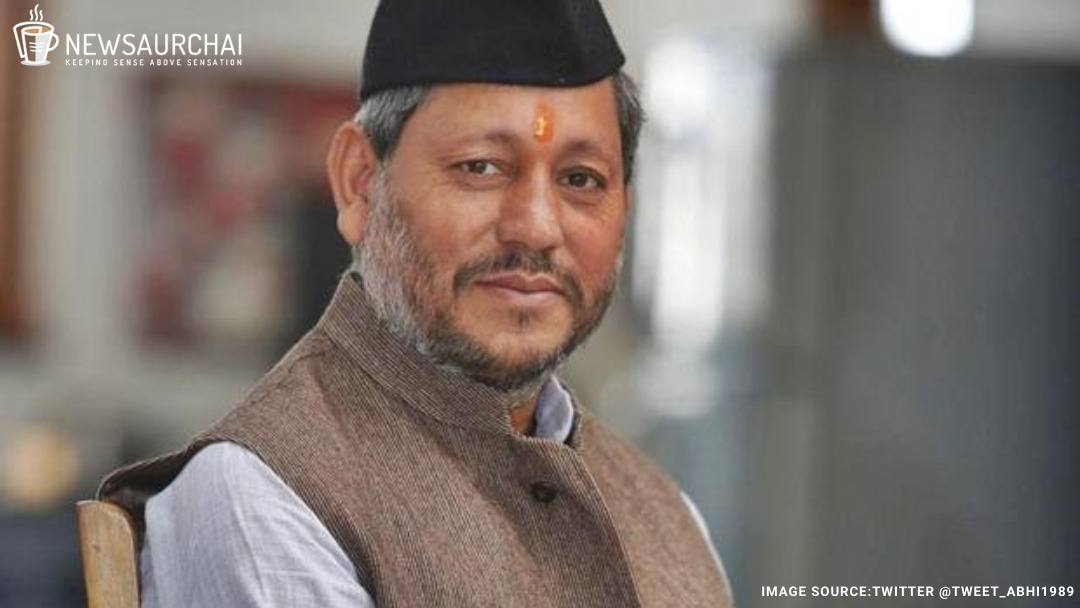 Earlier this year, Trivendra Singh Rawat resigned from his post as the 8th Chief Minister of Uttarakhand after multiple accusations of corruption, state mismanagement and repeated complaints by the Vishwa Hindu Parishad (VHP), a scion of Rashtriya Svayamsevak Sangh (RSS). He was succeeded by Tirath Singh Rawat, who resigned on Sunday.

The curse of Uttarakhand and Trivendra Singh Rawat

Since 2001, Trivendra Singh Rawat became the longest-serving Chief Minister of Uttarakhand, just shy of a full three years. With the record of being the most stable CM in the past 20 years, he too was asked to step down after a series of political debacles.

Trivendra Singh Rawat’s decision to place 51 shrines under the management of the State Government, as per the Char Dham Devasthanam Management Bill, upset members of VHP as it side-lined the current managers of these shrines.

In addition to this, his decision to create a Gairsain Commissionerate politically hurt BJP. The formation of the commissionerate resulted in a reduced vote bank for BJP from Garhwal, which has historically sided with BJP. This redesigning would lead to Kumaon gaining key districts from Kedarnath and Badrinath that could leave BJP yearning for political elixir.

While this resulted in a disorganised State Unit, Tirath Singh Rawat was called upon by the High Command to unify a state in tatters.

Tirath Singh Rawat has always had a front-row seat in Uttarakhand Politics. He was part of Nityanand Swami’s cabinet, the first government to rule the newly formed state of Uttarakhand.

Since then, he has had multiple roles ranging from being the state president of BJP from 2013-15 to an elected Member of Legislative Assembly (MLA) in 2012. He was also elected a Member of Parliament (MP) from Garhwal Constituency in 2019 before swearing-in as the 9th Chief Minister of Uttarakhand.

His short stint of 4 months as the CM was marred with controversies. He was criticised multiple times for having rudimentary views about Women clothing to equating Prime Minister Modi as an ‘Avatar of Lord Rama’. He also wrongfully confused the United States of America (USA) with the United Kingdom for colonising India while remarking about India’s performance in COVID management.

His resignation, however, had nothing to do with his statements. The constitution of India granted him six months from the day of oath to get elected as an MLA of the Uttarakhand Legislative Assembly. He would then be asked to forfeit his post as an MP.

However, due to the COVID-19 Pandemic, The Election Commission decided to defer by-polls. He could not get elected as an MLA in the stipulated time. He also failed to run for Almorah’s Sult seat in April as he was diagnosed with COVID-19.

Therefore, he decided to resign from his post as the Chief Minister. He handed over his duties to Pushkar Singh Dhami, a Kumaoni MLA.

Dhami is the youngest Chief Minister to have sworn in as the Chief Minister of Uttarakhand. As a leader with a relatively unknown alibi, Dhami’s appointment is as conspicuous as it gets.

In the past, BJP has continued to reward leaders from the Garhwal division. The Garhwal Division, in turn, has successfully and unconditionally supported BJP in State Assembly and General Elections.

While Garhwal has remained loyal to the BJP, the same cannot be said for Kumaon. Moreover, the decision to create a Gairsain Commissionerate (stayed by Tirath Singh Rawat’s administration) had also exposed BJP’s weakness. Therefore it is conjectured that Pushkar Singh Dhami’s selection is an attempt by BJP to balance the voter mathematics.

With elections next year, Dhami’s appointment comes just in time to give BJP a chance at redeeming a historically distant vote bank. However, Uttarakhand’s governance has always suffered due to political ill-will and caste imbalances. In the past year, what has been observed is political kho-kho while the Pandemic erodes us piece by piece.

Victoria’s Secret’s Fallen Angels: Is VS Collective Little Too Late?