From abrogation of Article 370 to triple talaq to Ram Mandir Land dispute case, the current Government of politically made Brothers MODI-SHAH has grabbed many bulletin points in their bag of ‘HAMARI GOVERNMENT NE YE KIA’ for the election of 2024. On a common man’s ground, we might not understand these political agendas, power of the chair or something related to HOWDY MODI events. However, one thing for sure we can assume is that the dear government of our nation has filled our lives with entertainment and excitement since 2014. There is always something that this government do to be in the limelight and on the screens of every news channels. Whether it is the Demonetization, GST bill, Name changing NAAMKARAN of Uttar Pradesh places, statue making or some conflicting statements of 20th-century leaders.

The new trending action now is the #NRC Bill; first, it was Assam who got the limelight movie hero role now the whole country will get a character to play in this new movie of Amit Shah named as National Register of Citizen.

The National Register of Citizens (NRC) is a register maintained by the Government of India containing names & certain relevant information for the identification of Indian citizens of Assam state particularly. The register was initially, made explicitly for Assam state but on November 20 2019, Union Home Minister Amit Shah declared during a parliamentary session that the register would be extended to the entire country. Amit Shah has clearly indicated that NRC to be applied National wide. The register was first prepared after the 1951 Census of India, and since then it has not been updated until recently. However, this process of updation of state’s part of NRC in the state of Assam started in the year 2013, when the Supreme Court of India passed an order for its updation. Since then, the Supreme Court (bench of Chief Justice of India Ranjan Gogoi and Rohinton Fali Nariman) has been monitoring this. The entire process is conducted under the guidance of Mr Prateek Hajelaan officer from the Indian Administrative Service cadre, who has been designated as the State Coordinator of National Registration.

WHAT’S THE ‘CAB’, OPPOSITION TALKING ABOUT?

Indian Citizenship Amendment Bill proposed in the Lok Sabha on July 19, 2016, amending the Citizenship Act of 1955. If this Bill is passed in the Parliament, refugees from minority communities like Hindu, Sikh, Buddhist, Jain, Parsi or Christian coming from Afghanistan, Bangladesh, and Pakistan will be eligible for Indian citizenship, excluding people only from the Muslim community. The Bill relaxes the requirement of residence in India from 11 years to 6 years for these migrants. This move has been justified stating protection of minority refugees from Pakistan, Bangladesh and Afghanistan.

WHO WILL SUFFER ACCORDING TO THE ANALYSTS?

As we can see from the citizenship amendment bill, which openly discriminates against Muslims, and is loaded against the right to equality and equal protection before the law as enshrined in Article 14 of the Constitution, there is a lot of fears in Muslim community that a nationwide NRC will target them only. Details of how such an exercise will be carried out are, of course, not yet known as always government like the games of SURPRISES. In the case of Assam, there was a cut-off date — March 25, 1971 — after which all foreigners as per the Assam Accord were to be “detected, deleted and expelled under the law” and NRC.

Now what we have to look into is in this political aspects of parties that the underlying ground of humanity they all are losing, some ruled for 70 years with highly vocal but quite not understandable Lady PM to mute PM, some are ruling with the brothers influenced parties. Among all this ploy of the chair, the common man is suffering. It is unfortunate to see people fighting for this so-called AVATAR of some god Leaders taking a side and abusing each other on the ground of diversified things.

NRC is the new selective topic to be the charm of meme party or is it something for the nation; we will see that in future. Till then recommends to enjoy the upcoming hit movie NRC. 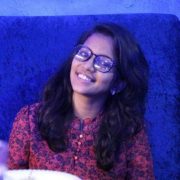