In a bid to stop people from copying, sharing, or otherwise misusing images, Facebook has introduced new protections for profile pictures to its users. Users who elect to guard their profile through this new feature will be assured that others can’t send, share, or download their picture, and will keep away the strangers from tagging themselves in the image.

People who opt in will also get a blue shield border around their image. Facebook says it will prevent users from taking screenshots of users’ profile pictures “where possible.” However, the feature is currently available only on Android devices.

Above everything, the profile picture guard has been introduced for ensuring the safety of women online. The company says that the update has been introduced only after the feedback it received during its research with people and safety organizations in India that showed that some women choose not to upload the image of their faces anywhere on the internet because they’re concerned about what may happen to their photos.

Presently, the entire world is witnessing unprecedented index of Cyber-crimes. Also, fake accounts on Facebook is a serious issue from last few years. Saving a profile picture from somebody’s Facebook profile and further misusing it is no big deal for a large number of nincompoops today. So, guys and girls guard your profile pictures right away. Let’s keep us safe and protected from all those creeps and stalkers out there. 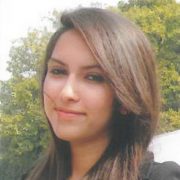 From Himachal Pradesh, Currently a Delhite. Literature student, a Bibliophagist and an Ardent reader. A Philanthropist. Cogent and Sanguine. Also a Fashion enthusiast.