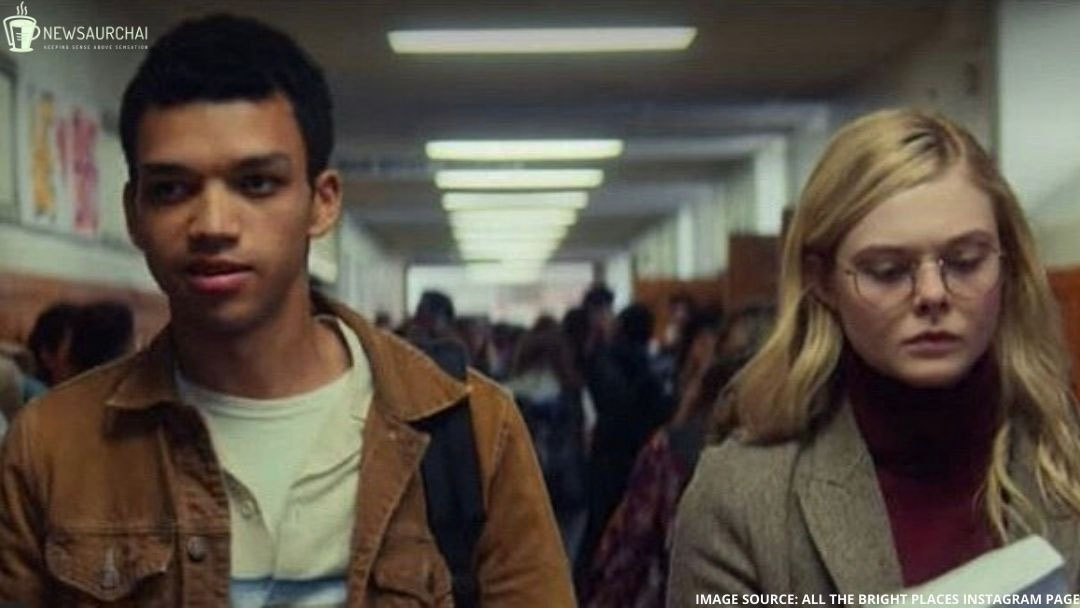 Name – All The Bright Places
Director – Brett Haley
Release Date – February 28, 2020
Adapted from– All The Bright Places by Jennifer Niven
IMDb Rating – 6.5/10
Plot, according to Netflix – Two teens facing personal struggles form a powerful bond as they embark on a cathartic journey chronicling the wonders of Indiana.

The movie “All The Bright Places” has been adapted from the novel of the same name by Jennifer Niven. Being an absolute bookworm, I had to read the book first rather than watching the movie before.

Yes, most people would think that’s silly but trust me when I say it is not the same experience. Reading and watching are a completely different experience. Plus sometimes, they have to omit a few parts of the book to make the movie.

Unlike most romantic movies where two people meet and fall in love at first sight, this movie starts with the guy meeting the girl at a bridge from where she is ready to spring her last dive. The guy, Theodore Finch, convinces the girl, Violet Markey, that there is so much more to life and that there’s so much more to live for. While exploring the different places in their state together, both of them start falling in love with each other. Through this wandering, both try and heal themselves from their traumatic pasts.

Having read the book, I could definitely say that the movie did justice to the book. It was able to portray the emotions one would feel while reading the book. Both the main actors did a magnificent job playing their characters. They played their role to perfection and enabled us to understand the characters as well as their emotions.

Coming to the story, I will have to admit that just like the book, the ending was really heartbreaking. Even though I knew how it would end, it didn’t soften the blow that I felt while watching it. This just goes on to prove the brilliant acting of the cast. However, the last part of the movie sent an emotionally uplifting and really good message.

The cinematography and the way the whole movie was shot, the places where they ‘wandered’ were also shown attractively. The plus point of this movie is that it didn’t contain the usual teenage drama and bickering but instead focussed on how a person can help another get through their toughest times by just being there and sometimes giving a slight push.

In today’s world, where everyone is suffering from something or the other, this movie is a must-watch as it shows that no matter what has happened, there is always a little bit of light even in the darkest of places.