One of the main news topics which have made headlines recently is the exorbitant requirements of the famous Canadian pop star, Justin Bieber. Though it’s his first ever concert in India, his demands have made the entire youth population wonder, is Justin Bieber really worth his voice?

Most people are shocked to hear that such a pop star, who has been in the spotlight since his teens, has such high demands, which will eat up a lot of money. His demands include a backstage Jacuzzi so that he can rest before the concert, dishes to be named after him and served to him during his 4-day visit, a personal masseuse to be flown in from Kerala, and some bizarre demands such as no lilies in his vicinity. Now, such demands and requests will definitely make us Indians wonder, is Justin Bieber crazy, or is he justifying what he deserves?

Justin Bieber rose to fame in his teens and has since been in the news, in both good as well as bad light. Even though many people hate him, he happens to be one of those rare musicians who has proven everyone wrong with his talent. Being a pop star, he has every right to ask for such bizarre luxurious demands. It is also to be noted that at the age of 23, an age where most people have not even figured out what they want to do with their lives, Justin Bieber has risen to fame and has already achieved success and fame and is expected to do so in the near future. Maybe these demands are his way of feeling comfortable to perform and if the Indian fans want an amazing performance from him, all his demands must be complied with, so that he can give his best performance. However bizarre his demands may be, being an international superstar, Justin Bieber is the unsung hero: though he is a controversial figure, his reputation should be respected and hence, his demands are justified.

Yes. Being a pop star, Justin Bieber has all rights to ask for such luxurious demands, if that is what makes him comfortable. But, it is to be noted that if such demands are insanely crazy and bizarre, Justin Bieber should probably stay in his home, and the Indian fans should just be content with listening to his songs on their phones. To conclude, Justin Bieber is an international pop star and his demands, how bizarre it may seem, should be met. As for the concert, we can only hope that it turns out to be a good one and Justin keeps on coming back to India!

(Although for those who do not like him, his coming back will be both a boon and a torture for them; torture, because they will have to bear the excitement of a person they do not like that much, and boon because they can make fun of him!) 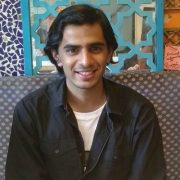 I am a student pursuing by bachelors in commerce (honors), along with my diploma in liberal arts. I am interested in economics, banking, philosophy, music, reading, writing, and drawing and am a movie buff. I am a keen MUNer and I want to make the world a better place to live in.