The first month of the new year started with something rather terrifying. On January 5, 2020, more than 50 masked men attacked Jawaharlal Nehru University (JNU) in Delhi, with rods, sticks and acid. As a result of this, more than 40 students and faculty members were injured, among which some were severely injured. Both the professors who tried to intervene and help the students were attacked, plus the ambulances which were carrying the injured people, were attacked. Few eyewitnesses in the campus reported that even though there was police present in the campus, they did nothing to stop the mob. After attacking the residents of the campus for 3 hours, the mob escaped without any of the members being arrested or detained. Police have said that 37 out of the 60 masked attackers have been identified from the WhatsApp group called ‘Unity against Left’, but no arrests have been made yet, and complaints have been filed as a single FIR on an unknown person.

On January 13, 2020, three professors Ameet Parameswaran, Shukla Sawant and Atul Sood of JNU, filed a plea to seek necessary directions to the Delhi Police Commissioner and the Delhi government. The appeal was to preserve relevant data and evidence concerning the events that took place on January 5, 2020. As a result of this plea, the Delhi High Court has issued notices to WhatsApp, Google, Facebook and Apple Inc as well as Delhi police and the state government, to process CCTV footage and messages in connection with the January 5, 2020 violence at Jawaharlal Nehru University (JNU).

Advocate Rahul Mehra, appearing for the Delhi police, told that even though the Delhi police had sought the footage of 135 CCTV cameras installed across the 1,000-acre campus, no response from the university administration has been received. The police have also written to Whatsapp to preserve the messages, videos, images and phone numbers of the members of the two groups — Unity Against Left and Friends of RSS.

Mehra thought that since intermediaries like Whatsapp would take much time to respond, a letter from the court might expedite the process. The petitioners claimed that the attack was premeditated, as such an attack would not be possible if it had not been pre-planned. It was evident that a large mob, who appeared to be outsiders, was behind this.

The violence in the university started because the students supported the protests against the amended Citizenship Act wholeheartedly. From celebrities to different political parties, all condemned this attack.

Everything has both positive and negative sides. While social media platforms have made many things easier and faster, it has also created certain problems due to which situation has been worsening. All types of riot planning nowadays take place through such social media platforms, be it WhatsApp, Facebook or something else. Creating a group, sending texts, planning attacks, has become very easy and fast. Not much of the time is required to be spent to plan something.

India, like other countries, has been facing problems due to the high usage of social media. The legal frameworks that made sense before are proving to be incomplete now. To make it a safer place, the Centre will complete the entire procedure of finalising laws on regulating social media by January 2020. The government told the top court that after collating and analysing all the details that have emerged from stakeholders participation and inter-ministerial consultations, it required three months more time for notifying the final revised rules under the law. Hopefully, the final rules will provide a better environment for people all over the country.

What do you think about social media being used as a way to plan all kinds of attacks on innocent people? 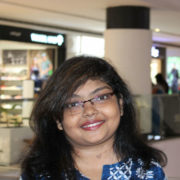