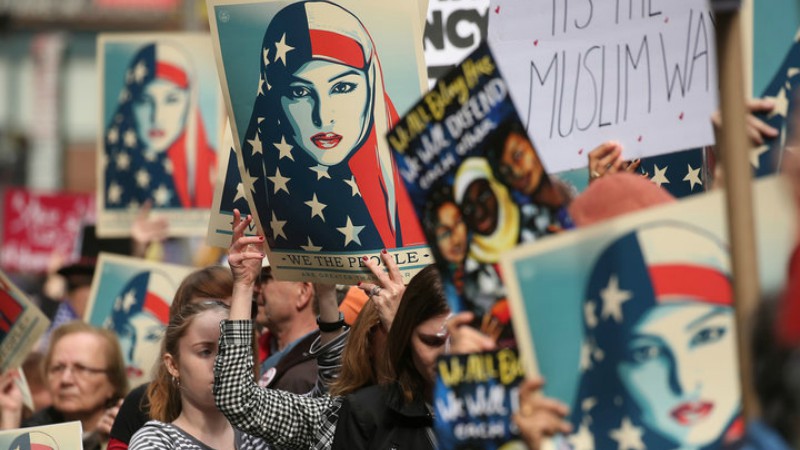 With the Donald Trump’s victory in the US election, came the safe spaces for the racists in America. The world witnessed a number of hate crimes in great America post elections, including racist graffiti, threatening fliers and physical attacks.

The slayers have increased in numbers and have found the privilege to target the Indians, Arabs, African-Americans, Latinos and other people of colour. A few days ago, an Indian origin store owner was shot dead outside his home by a white man in South Carolina, who reportedly told him, “Get out of my country”. Similar attacks were faced by a number of Indian immigrants. The attacks are linked with the ruling administration as they advertised similar outlook of discrimination based on race, religion, sexual orientation and gender identity.

The Southern Poverty Law Center has reported that there were four hundred and thirty-seven incidents of intimidation between the election, on November 8th, and November 14th, targeting blacks, Muslims, immigrants, the L.G.B.T. community, and women. Such incidents of xenophobic harassments appear to have taken on a new boldness after the most racist Presidential campaigns in American history to achieve the goal of a majority. The aggressive uneducated white supremacists are creating a great deal of troubling stuff and are seen celebrating their vandalism.

On facing the public outrage, President Trump issued a weak statement on this subject during his address to Congress last week. He promised to undo all executive orders passed by President Barack Obama to protect the rights of African Americans, immigrants and their children, undocumented immigrants, LGBTQ community and other minorities.

For ages, America has harboured millions of American dreams of immigrants with open arms but post elections have heightened anxiety and fear among them. Millions of students remain in fear of the upcoming days as the dark bedrock of the American society has been revealed. Numerous teachers reported the use of slurs, derogatory language and extremist symbols in their classrooms.

It seems like Trump’s run for office electrified the radical right, which saw in him a champion of the idea that America is fundamentally a white man’s country. The campaign language of the man sparked hate violence and bullying.

Trump’s great America advocated racial cleansing by genocide. Gloom gets descending on the family of the victims. Episodes of heightened bigotry and racist attacks keep growing. The States really need to combat the deep hate run in America. Police departments should take more seriously, in terms of both seeking out and preventing potential hate crimes in their communities and reporting what they find to the FBI. Donald Trump has let out this evil genie out of the bottle and he himself should set an example and put an end to this madness in his great (white) America.

Tips For Students Giving Board Exams