We often hear about celebrity couples splitting up due to infidelity and such reasons. We also often hear about talented stars that get trapped in the desolate world of drugs, causing them to plummet downwards from their successful careers. However, drug abuse also puts a daunting strain on relationships. Whether it is celebrities or normal people, drugs have wrecked happy lives of many. Here is a list of few celebrity relationships that crumbled because of this toxic substance:

Khloe and Lamar got married to each other in September 2009 after knowing each other for only a month. The lavish wedding was aired on the family’s show “Keeping Up With The Kardashians.” Moreover, the couple kicked off their own show, “Khloe & Lamar” in April 2011 on E! which showed them as the average mushy-gushy couple. It wasn’t until August of 2013 that rumours of Lamar’s drug abuse surfaced. Despite Khloe’s countless efforts to pull him out of the drug dungeon, things went sour for the couple. (This was clearly apparent by Khloe’s suggestive tweets) They eventually divorced in December of the same year. The Big Bang Theory star tied the knot with tennis player, Ryan Sweeting in December 2013. Ryan was previously an addict but had changed his ways for the marriage. However, post a back surgery in 2004; he got hooked onto pain-killers again. Although Kaley tried to support him through the rough phase, Ryan could not make the commitment. The couple eventually separated in September 2015. This couple had been married for seventeen years (which is practically forever) before Antonio walked out on it. Melanie’s drug and alcohol abuse was a huge factor in the couple’s divorce. Banderas opened up about their marital problems in 2011 which mainly revolved around Griffith’s addiction to painkillers. After many tries at therapy and rehab, the couple called it quits in 2014. 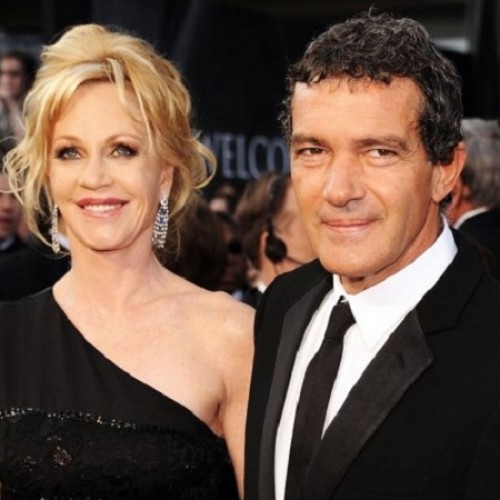 Only two months after Amber and Johnny exchanged vows, the couple was plagued by rumours of divorce. Although thankfully they are still intact, it is clear that Johnny’s drug problem has caused rifts in the couple’s relationship. Many reports surfaced in late 2015 when frequent arguments fuelled between the two on the sets of Pirates of the Caribbean 5 (which is set to release on 2017). Believe it or not, Ironman had a drug problem since the age of 5! His director-father used to “express his love” for his son in the only way he knew – as explained by Robert himself. The star had a loving relationship with Sarah from 1984 to 1991. After spending 7 years together, the couple parted ways because Robert’s addiction “didn’t jibe” with her (we wonder why…). One of the most recent and talked about break-ups in B-town, college sweethearts Hrithik and Sussanne went through an endearing split, in the public eye. Although there were many alleged reasons for the divorce, ranging from infidelity to Hrithik neglecting Sussanne, there have also been reports of Sussanne’s drug abuse that played a huge role in the split – another beautiful couple that conceded to drugs. There need not be a list to emphasize on the number of lives lost to drugs or the number of relationships it broke. Let’s not just take this as depressing but also thought-provoking.

Would you choose your better half over an addiction?

We The People Foundation – A Revolutionary Leap

Foodie, curious and friendly. Aspiring media student who is never limited by other people's limited imagination. I believe myself to be a full-time enthusiast & part time free-spirit. Also, I try to write poems sometimes with a questionable rate of success.