India is currently in the second half of the fiscal year 2019-2020 (FY20). The Reserve Bank of India had projected the growth of India’s GDP for this year at 6.9%. However, India’s economy hit a rough patch as the growth in the economic output depreciated to 4.5% in September 2019, the slowest since March 2013. RBI in its August meeting reduced the projected GDP to 5 per cent in December 2019.

As per the reports, in the last Budget, the FM had revised the fiscal deficit target to 3.3 per cent of GDP, but now it seems that the government will miss this target. India needs a sustained growth path over the next five years to achieve the $5 trillion economy target. India was surprised with a $20 billion fiscal stimulus package in September, which mostly focused a Corporate Tax cut. The upcoming Budget is indeed a difficult challenge for Finance Minister, Nirmala Sitharaman.

Taking all these expectations into consideration, the budget announcement scheduled on February 1, 2020, will be a crucial presentation which will determine how the $5 trillion economy target of the government’s will be achieved. 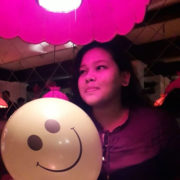 Talks On Pakistan’s Proxy War Started Again. Is something Cooking?