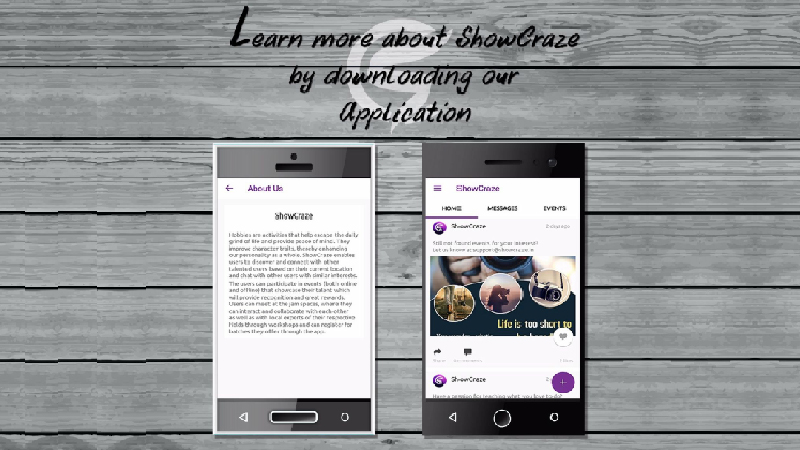 The creative spirit is an elusive muse of good and sometimes great ideas. When the creative spirit stirs, it animates a style of being: a lifetime filled with a desire to innovate and explore new ways of doing things.

And with such creative ideas and dream fulfilling attitude, the new age young entrepreneurs are changing the game for their generation with their out of the box thinking, leadership qualities and execution styles and taking the Indian Entrepreneurship to the next level. Today I am interviewing one such young entrepreneur who created a platform to bring out the undiscovered talents and work on it further. Deeksha Sharma, a Chartered Accountant and working with one of the big fours, came up with a divergent thinking to explore the talent of people and launched an app called ShowCraze. Well honestly, how many of us really find time to rekindle our hobbies that we were so attached to? In this to and fro momentum of life when we need a little space for ourselves, Deeksha and her team launched an amazing interest based event app, ShowCraze- a platform which promotes and reignite the passion for hobbies and interests. After completing the high school from Amity International School, Noida, Deeksha started with her CA preparation. And while studying for CA final, she herself felt drifted apart from the activities that she used to participate in. “There was a point where I was completely frustrated and felt that I had lost touch with myself. Earlier I was into dance, arts, languages, debates and now I had completely given up on that”, said Deeksha. The worries and frustrations drove her to sketch down a rough plan that will help her and others to pursue the long forgotten activities again. “I immediately discussed the noted plan with my friends at work. They not only liked the idea but also encouraged me to go ahead with it” added Deeksha. Hailing from a finance background, the financial strategy was well sorted out by Deeksha and other sections were handled well by the team. The team includes Suraj Rathor, Co-founder of ShowCraze and Ayush Singhal who all come from the same workplace. Ashish Jindal, Co-founder of Codeyeti designed the app and Ankit Sharma Co-founder of Social Scoop took up the marketing field.

Talking about the app, Deeksha elaborated the concept of ShowCraze, “People can participate in a number of online contests and events according to their interest like dancing, writing, poetry, acting, filmmaking to name a few. Mentoring will get easy here as one can learn here and what more, one can mentor also. Also, people with similar interests can meet up and collaborate at jam spaces that we will be providing and know about the events happening nearby.”Learning, mentoring and participating- all served on one plate!

“We want to challenge people to pursue their interest and promote their talent to any extent” quoted Deeksha. With a full-time job, running a startup is no less than a challenge for them but dedication and passion nullify every hardship. Currently, they are looking for new talents for promotion, organising offline events and handling the technical department including boosting the app downloads. Deeksha believes that if one has the passion for something, then one should do it and the best will follow. So if one needs to experiment with their talent and work passionately towards it, then ShowCraze is the apt platform for them; easy and entertaining. After all, it is said that talent hits a target no one else can.

It was really nice talking to Deeksha and know about the app. We the team of NewsAurChai wish Deeksha & her team all the best for the future.

For More such inspiring startup stories click on ChaiPeCharcha

Recently, I acted in a movie with an Alsatian. He’s been my favourite co-star of all time – Jim Sarbh

“The Comeback Story” – Beginning of A Success Story Again!