Seeing the political condition of the country, amidst the various protests, one might assume that the Foreign direct investors might think of not investing in the country. India, which is one of the highest attraction seeking country for Foreign Direct Investments (FDIs), might slightly go down due to these protests and the current political scenario. However, this is not the case.

We can see a slightly different picture when it comes to FDIs and our assumptions. As per the reports, FDI inflows in India have risen to 15 per cent to dollar 26 billion between the months of April and September. Also, Singapore has been the highest source of FDI in India during the first half of the current financial year, with $8 billion of investments.

The sectors which have attracted the maximum amount of foreign inflows during April to September 2019-20 are services ($4.45 billion), computer software and hardware ($4 billion), telecommunications($2.13 billion), and automobile ($ 2.13 billion), according to government data. FDI is very vital for a country like India, which strives to get better at economic growth.

One should also not forget that out of 7.1 billion people in the world, India is the home to 1.3 billion people who are multicultural, very diverse and also massive consumers of foreign investments. India guarantees cheap labour but efficient work. So, foreign investors are interested in investing in our country. There might be a political turmoil, but that doesn’t overpower the fact that Indian labour is the most demanded labour in the world.

We Indians consume products from the big MNCs like Amazon and PepsiCo, Microsoft and many others. The pay scale out here in India is very cheap compared to the developed countries in the world. This makes the flow of foreign investments in India very smooth.

However, we also have a different side of the issue. On the contrary, various other reports also bring about that Modi’s euphoria is disappearing and foreign investors dump record $4.5 billion of Indian shares in 3 months. Reports state that “international money managers are unwinding those wagers at the fastest pace on record.” The reported shows that car sales have gone down at the fastest pace and capital investment have also plunged. Worse case, the unemployment rate has also surged. The national banking system is suffering from the world’s worst bad-loan rates.

While the government should be looking into issues like these, it is busy putting forth laws and process like CAA and NRC. The government is spending most of its political capital on Kashmir.

Despite all these opinions, what remains unbothered is that FDIs have not been disturbed much with the current unrest. 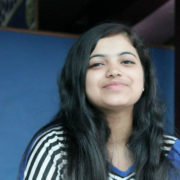 I am a student of Political Science doing my final year degree from Handique Girls' College, Gauhati University. I'm aspiring for civil services as social service has always intrigued me.

How Iran vs USA Unrest Affected Indian Economy: An Insight