The Chief Minister of Rajasthan, Ashok Gehlot, on January 6, 2020, asked the BJP government to answer questions on the ‘economy’ instead of the Citizenship Amendment Act (CAA). It is not surprising to see all political parties jumping at the bait placed by the party in power; after all, elections are what has been taking this country forward.

The Citizenship Amendment Act (CAA) that was passed by the parliament of India and made into law on December 12 2019, since then the country had gone on a ruckus, with so many incidents overlapping the public’s minds with questions that need to be answered. To make the already unrest situation worse, the National Population Register (NPR) and nation-wide National Register of Citizens (NRC) also expected to happen in this year.

However, before we expect answers, it is important to get the questions straight.

The government needs to answer the following :

Thirty-eight years ago, the Supreme Court asked: “who will police the police?” This is one nightmare for every citizen, when cops who are supposed to protect you, turn and become perpetrators, what are should citizens do?

In a country that is already facing a rise in unemployment, how are government planning to give the newly arrived citizens means of survival?

With the religious lines being included, the Assamese- Bengali feud with Bengalis being in the majority will worsen the situation by changing the demographic structure dynamically.

India saw a dip in foreign direct investment, American venture capitalist Tim Draper said that he is concerned about funding his business here. He showed his concern after he saw the protest of Indian citizens over CAA.

These are some of the questions that every citizen of our country is having, the BJP government and party have been seen losing support as fast as the speed of the bullet train. They promised to make the economy recover as soon as possible because they wanted to achieve the 5 trillion economy by 2025. However, this dream of him and his party seems falling apart evaluating the current circumstances in India.

If actions are taken by the government, then nobody but the public is going fall prey to the struggle.

Now, Modi Ji, it’s time that you stop playing trivia with Bear Grylls and listen to our Man Ki Baat for a change. 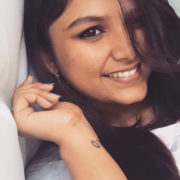