Bhutan–is a landlocked country in South Asia; located in the eastern Himalayas. It is bordered by the Tibet Autonomous Region of China in the north, while Sikkim state of India and the Chumbi Valley of Tibet covers the west, the state of Arunachal Pradesh of India in the east, and Assam and West Bengal in the south. It is the second least populous country after the Maldives. For much of its history, Bhutan has maintained its isolation from the outside world, staying out of international organisations and keeping few bilateral relations.

The bilateral relations among the Himalayan Kingdom of Bhutan and the Republic of India have been traditionally close. Both the nations share a ‘special relationship’, making it a protected state, but not a protectorate, of India. India continues to be influential in Bhutan’s foreign policy, defence and commerce. As per the record, of 2015-2016 Indian Budgestory support Bhutan marking it the largest beneficiary of Indian’s foreign aid.

Under the “Neighborhood First Policy,” PM Narendra Modi had visited Bhutan earlier this year to make the tie between two nations more strong. During the visit, Modi held a thorough discussion with Bhutanese Prime Minister Lotay Tshering and analysed the current status of the bilateral relationship. The two countries also signed 10 Memorandums of Undertaking (MoUs) to boost the ties further. Modi also added that “Bhutan has a special place in the heart of 1.3 billion Indians.”

The relation between the two countries has strengthened after then the Modi government came into power. Though for the outside world, India is trying to exploit the natural resource of Bhutan, the time has proved the tie-up between two nations.

The two nations do not maintain any diplomatic relationship and relation are historically tense. The PRC shares an adjacent border of 470 kilometres with Bhutan, and China’s territorial disputes with it have been a cause of potential conflict. Since the 1980s, the two governments have conducted routine talks on border and security issues aimed at lessening the tensions.

In the past few years, it was found that Bhutan has been opening an alliance with China as under Indian umbrella Bhutan’s economic progress is moving very slow. Moreover, China’ investment in the economy has caught the attention of young generation Bhutanese. The private sector in the nation is highly pressuring the government to establish economic relation with China so that they can benefit from the growing Chinese ties in the region. Moreover, India’s pressure over its economy seems to choke the nation today.

So basically it is geographically locked country, which makes it invadable by only two neighbouring countries– India and China. Nonetheless, India currently has no intention to invade Bhutan, considering the friendly tie-up and cultural exchange between two countries. Moreover, if India ever tries to invade, China will counter attack–also there will be repercussions in India itself.

Even China also has no intentions of annexing, but they are trying to lower Indian influence in the nation. If China attacks Bhutan, it will mean a war with India.

In either case, if China or India tries to attack the UN would interfere on behalf of Bhutan. Thus it makes Bhutan a secure country to be easily invaded, though being one among the weakest nation. 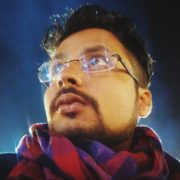