It is challenging to come up with a revolutionary idea in a lifetime. The one who comes up with such an idea is indeed a superhero. Carrying father’s business ahead is as easy as spreading butter on the bread. But, working on your plan, executing it, facing the troubles and finally emerging successful, is something that an entrepreneur does. Thus entrepreneurs are known to be people who risk their own money for freedom and not vice versa. These ideas are often inspired by concepts such as working for humanity, bringing about innovations in the existing products and services, the fulfilment of a big ambition in life, or being one’s own boss.

Theory of entrepreneurship is not new. But in our country, we still need more people having such courage, for its economic growth. Henceforth, I bring you the real-life inspiring stories of three budding entrepreneurs, who are not that famous, as of now. But who cares? Even Sachin and Binny Bansal, Ritesh Agarwal, Falguni Nayar and many more, were not known to many, before building their vast empires.

The first in my list is the person who has not just crossed his comfort zones but has crossed the geographical limits in his work too. It was never easy for Mr T. Venu Prasad along with his two colleagues, Mr Mahendra Reddy and Mr Pradeep Kumar, to leave his job that paid him a handsome salary and follows his dream. Yes, he was a visual effects engineer and worked for companies like Disney. He had a saturation point after working for ten years in that field, and that was when he had a “Biryani call”. The weird kind of Biryanis served on his table made him long for his hometown’s Hyderabadi Biryani. The whole idea of his venture “DUMMATKA” was rooted in this problem. He had a family to support, but this was his call. Courage and guts are what entrepreneurs thrive upon. He faced several financial issues in this journey. The comfortable AC cabin turned into a whole lot of physical work. He still remembers the time when he survived with his family in the city of dreams, Mumbai, for two and a half years without any salary.

Guess what? He, along with his friends, started cooking authentic Hyderabadi biryani with a lot of research around, to make it better. They had their first outlet opened in November 2017. They got a big deal when TCS handed them the vendor-ship for serving its ten thousand or more employees. When Swiggy had to select just 9 out of 30,000 members to spend money on, it chose “DUMMATKA” as one of those nine because of its potential of serving Swiggy such a considerable profit. Slowly they started pitching in more corporates like “Kotak Mahindra”. What was it that made them stand out and best among the crowd? It was their traditional way of serving food on clay plates, glasses and green banana leaf.

The fact that they are now opening one of their outlets in another continent makes them much more praiseworthy. Yes. You heard it right. They want to be an international brand, and they have set their foot in Melbourne (Australia). To step as an International brand, they brought DUMMATKA as a franchise to Mr Deepak Kumar Gadde, his nephew, who is a renowned international baseball and softball player with a supportive family. They ensure that their customers always return satisfied by maintaining the same quality and taste in every outlet. According to him, his dreams have just started coming true.

Next up in our list is Mr Adwithi Bhaskaran, who makes it easier for people to explore venues for their special occasions, by his venture “BIG ROOMS ONLINE – BRO“. It currently functions in Calicut, Bangalore, and Kochi, but shall soon operate in the whole country, given for his determination and will power. Being a child, he once heard from his Grandpa, “Businessman get up in the morning only to take decisions. It involves risks, but then it gets fine.” He believed in the virtue of creating a job rather than doing one. It took him some time to convince his parents for the future he wants for himself. But eventually formed his career at the age of 24 and backed up photography as another job because that was his hobby.

He describes his journey as a roller coaster ride. He says, “You anyhow gonna reach where you want. Once you set your foot in, you have to get prepared for the mental torture.” He approached several vendors who turned down his offer. Finally, he somehow started his venture. One of his main ideas is “You have to build such a brand that is having demand in the market. Your gut feelings play a big role. You have to continuously evolve from your older versions to stay in the market. One who kept up with the tradition was out of the race. Kodak cameras are excellent examples of this fact”. Out of four, three fail, and just one turns out to be an entrepreneur because of his grit and determination. It indeed turns out this young entrepreneur is on the verge to hit the game.

Lastly, I would like to mention one of my batch-mates in this list. A college boy from Haldia, the port city of West Bengal, had bigger dreams to accomplish on his mind, than merely getting placed in an IT firm. Saurav Mishra, along with two of his friends Vishal Sinha and Subesh Supkota started this food delivery venture called “TREATOFY“. Being one of the students living in the hostel, he had to rely on hostel food. Therefore, to solve this problem for several students in Haldia, initiated this venture and making good food available to everyone. On being asked as to what inspired him the most, he answered by saying that he always wanted to be his own boss. Juggling between 3rd year BTech course and a venture was challenging.

Furthermore, he took some time to cope with the cheap quality food to which people of Haldia were accustomed. He had put a lot of efforts in convincing them that good food was available at their doorstep Earlier Treatofy started only with a motive to benefit students but has successfully expanded throughout of Haldia, solely because of the excellent food and service. Treatofy’s amazing android application and website in conjecture to their enjoyable dining experience have added an extra advantage to have a better customer base than what they initially expected. As finally, Saurav says, “At Treatofy, quality is remembered long after the prices are forgotten.”

That indeed was my way of turning your exhausting week into an inspirational one. Real stories hit us more than anything else. If they made it possible, why can’t you? Believe in your potential, and you never know, you can win the whole world. Writing this article reminds me of the great Dr Stephen Hawking saying, “However, difficult life may seem, there is always something you can do and succeed at.” 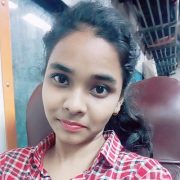 I am a free soul, born to dream big. I work hard to achieve what I want. I am perseverant enough to give my best till my last ounce of energy. Student | Engineer | Writer | Traveller | Singer