Students of L.S.Raheja College of BMM Department organized a pre sports event ‘Quidditch’ for their annual media festival ‘Retake’ on the 13th of January 2020 and a number of colleges across Mumbai participated with great energy.

Every Muggle must have fantasized about being a part of the exciting sport of witchcraft and wizardry world “Quidditch” and team Retake invited the students of the media fraternity across Mumbai to participate and be a part of this unique yet fun event. Quidditch, being the pre-event for Retake had all the excitement and enthusiasm of the actual game minus the flying of course, although the experience was in itself magical.

The contestants are provided with a broom which they are supposed to hold between their legs and quaffle (ball) in their hands and run to pass the quaffle through the hoops to score a goal.

Being ‘Temple of Emcees’ as this year’s theme for Retake, a tribute to the Hip Hop culture the college team names were derived from the hip hop industry itself, both national and international.

The game Jay-Z vs Wiz Khalifa and resulted in an amazing win for the Wiz Khalifa, with the score of 0-20. The next match was between Drake vs Rajakumari. It was an intense match that left the scoreboard ticking every time. That made it hard to predict the winner. The rivals for the third match were Travis Scott and Divine which ended with a win for the latter team. The next match was between Snoop Dog and Naezy. Contingent Naezy had an amazing win. The match with 21 Savage went in favour of Team Retake.

Semi-finals were played among the 4 finalists: Naezy vs Rajakumari and Travis Scott vs Wiz Khalifa.

The final match between Travis Scott vs Naezy was the highlight of the event, keeping the audience on their toes. Both teams were equally strong and gave a tough fight resulting in the decision for the win to be taken by a sudden death penalty score which was triumphed by the team Naezy.

A game is no fun without the supporters of the teams playing. The volunteers of the respective contingents playing cheered for their teams using various quirky and funny slogans which made the events even more exciting to watch.

The contingents had also got snacks and delights for Team Retake as a token of thanks for organising the event.

The day of Quidditch was long and filled with exhilaration and the contestants went home with a feeling of fullness, looking forward to the equally zealous for the upcoming Retake festival.

Seventh edition of Meterdown is here 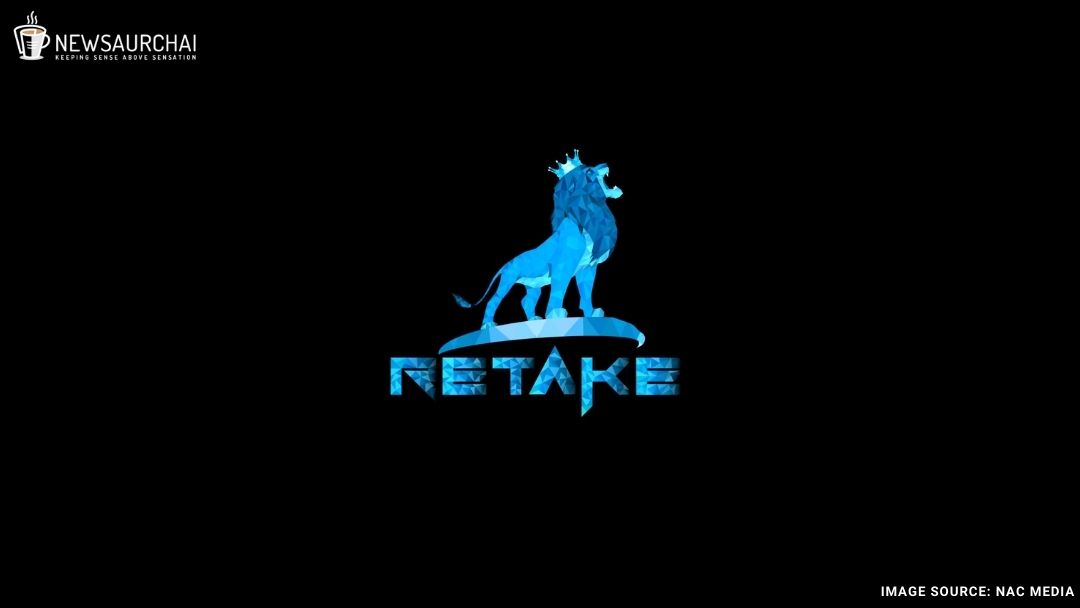 Retake, the annual intercollegiate national-level mass media festival of L. S. Raheja College of Arts and Commerce, is all set to launch its 7th edition on 27th, 28th, and 29th January 2022 on the live streaming platform, Zoom. The festival will also be streamed live on their YouTube channel LSR-BMM’s Retake.

The theme for Retake 2022 is “Maestro of Nemesis.” The theme revolves around the concept of the portrayal of good and evil and the thin line that divides the two. The Bollywood-based theme classifies and recognizes the circumstances that play a vital role in changing the core essence of the character. The theme acknowledges and relies on the plotline of the film to understand the personality shift that a character undergoes when exposed to untoward conditions.

The festival is organized by the students of the BAMMC department of L. S. Raheja College of Arts and Commerce. Since 2015, Retake has been a podium for the media students to exhibit their talents. From organizers to participants, it provides a stage for students to express themselves and build valuable skills, connections, leadership qualities and make memories to cherish for the rest of their lives.

Like every year, Team Retake is looking forward to a successful event that will come alive by the end of this week. This weekend you may all tune into experience the exciting events and the roar of “Retake ek mahol hai” in its true competitive spirit.

Speaking of events, this is the blockbuster line-up of events that will be the crown jewel of Retake 2022. The events are:
● Own the Beat: A solo dance event where dancers have to incorporate props given to them in their performance.
● कला-Caricature: An art-based event where the creator of the most original, creative, and accurate caricature will be the winner.
● LOL: League of Laughter: The stand-up comedy event where the comedian who manages to pull out the maximum laugh will win the event.
● Cinephilia: A short film event where one’s film-making skills will be up against the best our nation has to offer.
● BGMI: A gaming event that is supreme with one’s meticulous strategies and smart tactics over three maps, namely Erangel, Sanhok, and Miramar.
● Ankahi Kahaniya: The short story event where one has to write a “What If” to a given situation. This event will put you up against the nation for the tag of “Best Writer.”
● Pitching Paradise: An advertising event where over two rounds, you will have to be on top of your persuasion game to sell your way to victory.
● Aesthetic Frames: A photography event that captures the essence of an iconic phrase from classic literature.
● Razor Tongues: The debate event where your razor tongues will be reinforcing your argument while cutting the opposition’s counters to shreds.
● Triple your TRPs: The journalism event that brings out the unbiased and objective reporting of a fictitious scene.
● Under the Spotlight: The mono-acting event where a combination of story, stage persona, and acting chops will win the day.

The events will be streaming on Retake’s official YouTube channel, “LSR-BMM’s Retake.” You can virtually be a part of Retake 2022 in the comment section. The exact schedule for Retake 2022 is up on the Instagram handle, “@retake.2022”. Tune in on Retake’s official Instagram page for links to their YouTube streams which will be posted on their story and bio. For more updates on the festival, follow Retake’s social media handles and be a part of the media adventure this weekend.