The event commemorating the 200th anniversary of the battle created turbulence among the mobs of two communities – the Mahars and Marathas on 1st January. These sparks turned into the fire which spread across Mumbai causing heavy traffic and railway crisis and affected the localites.

On Monday morning thousands gathered near ‘Vijaystambh’ at Koregaon Bhima to commemorate the battle in which British East India Company with troops mostly compromising Mahars faced off against Brahmin Peshwas (the Marathas) in 1818. The violence began when a group carrying saffron flags started throwing stones and vandalized the tombstone of Govind Gaikwad, a Dalit hero which led to clashes with groups carrying blue flags. While it all began in the Bhadruk village which is 30 km northeast of Pune, it just took a day for protestors to come down to the streets of Mumbai staging a Rasta roko protest at Amar Mahal junction in Chembur. Later spread its ripples to Kurla, Thane and harbor region of Mumbai leaving the city in despair due to transportation problems.

The battle took place on 1 January 1818 in the village of Koregaon wherein 800 troops of East India company which majorly included Mahars fought against Peshwa troops, preventing them from advancing to Pune. After a loss of 600 men and 600 fearing reinforcements, Bajirao II. was forced to withdraw his troops from Koregaon and to give up on Pune.

For a community which has faced oppression and disgrace for years in the pehswa rule, the battle is considered to be a very significant triumph by all Dalit thinkers, activist, and writers.

The Reason Behind the Battle

By 1802 the British company had signed the treaties with Maratha rulers of the Deccan which included Peshwas of Pune, the Scindias of Gwalior, The Holkar of Indore, the Gaekwads of Baroda and Bhonsales of Nagpur. The former leaders ceded a large number of their rights to lordship, revenues, and other privileges. This treaty formally ended the Peshwa’s titular lordship over other Maratha chiefs, thus officially ending the Maratha ruling. Soon after this the Peshwa burnt down the British residency at Pune, but was defeated in Battle of Khadki in Pune and fled to Satara. Bajirao cornered after being pursued by British Colonel Smith, turned his focus and gathered his 30,000 strong armies to Pune which later resulted in the battle of Koregaon.

The Justification from Both the Communities

While the Mahars who were regarded as ‘untouchables’ then faced a lot of brutality from Hindu upper caste communities. For Mahars winning a battle at Koregaon over Peshwa’s Brahmins who disrespected the Dalits was winning a battle over inequality and casteism.On the other hand, Peshwa Bajirao II like any other Maratha King is considered to be a great warrior especially for Marathas in Maharashtra who fought the battle against Britishers voraciously.On January 1, 1927, Bhimrao Ambedkar started the ritual of holding a commemoration at the site of the memorial pillar, one that is respected every year.

This year, that commemoration turned foul, for many non-Dalit Marathas don’t feel the same way. Those protesting the commemoration of the Koregaon-Bhima battle victory are miffed because it basically celebrates the “British victory” against the Marathas.

But according to the Jyoti Jagtap who worked to organize the event said, “The commemoration is to call all Indians to rise against forces that are promoting violence and hatred on the caste lines. The battle is not against anybody, but against an ideology.”

The speed with which tension spread from Bhima-Koregaon to cities across Maharashtra points out multiple loopholes in governance. Police failed to anticipate the potential for harm which can be caused. Every year a large number of Dalits attend the commemoration in memory of Mahar soldiers who lost their lives in the battle. The 200th anniversary was naturally going to address the even larger amount of people and high profile. The police must have increased the security. The tension started brewing after vandalization attempt in late December near Samadhi of a Mahar which was a high alert for administration. Devender Fadnavis government must determine who provoked the incident how it spread and to what extent Right-wing Hindu groups who initiated the protest were responsible fomenting it. Or it is the leaders of the dalit group who encouraged the protest against a specific community. 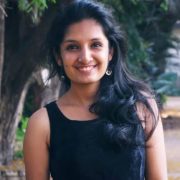 Avani Vijayvergiya is a writer at News Aur Chai. An Engineer by day and a Writer by night. She currently works at Majesco Solutions Pvt Ltd. She is an inquisitive mammal trying to find herself in everything she does. She is also associated with many NGO’s.