South African beauty Zozibini Tunzi has been crowned as Miss Universe for the year 2019, competing with more than 90 contestants from around the globe.

26-year-old Zozibini Tunzi is from Tsolo, South Africa, and is very active in fighting against gender-based violence. She was crowned on a television show, which was hosted by American comic-turned-TV personality Steve Harvey, held at Tyler Perry Studios on Sunday.

Tunzi’s Miss Universe boi portrays her as, “She has devoted her social media campaign to change the narrative about gender stereotypes. She is a proud advocate for natural beauty and inspires women to love themselves the way they are.”

Miss Universe 2018 Catriona Gray, from the Philippines, presented Tunzi with the crown. Tunzi is the third women from South Africa to win the title of Miss Universe, with Margaret Gardiner declared as winner in 1978 and Demi-Leigh Nel-Peters in 2017.

Miss Puerto Rico Madison Anderson was named the first runner-up, followed by Mexican contestant Ashley Alvidrez as the second runner-up. Colombia and Thailand were part of the top 5 this year.

India’s Vartika Singh secured a place in top 20, but couldn’t make any further.

The 2019, Miss Universe pageant was held on Sunday night in Atlanta, the capital of the US state of Georgia. Contestants competed in swimsuit, evening gown and on-stage question rounds.

The final question that made Miss Universe South Africa win the crown was: “What is the most important thing you should be teaching young girls today?” When compared to previous years, this year the contestants were allowed to make a final statement for the audience and judges.

Last year’s winner, Catriona Gray from the Philippines spoke during Sunday’s pageant, stating that her past year has been “unforgettable, life-changing and purposeful.”

“We’re getting this amazing platform to voice the things we’re passionate about, the things we care about,” she said in a video. “I always had a voice, but Miss Universe allowed me to amplify it.” 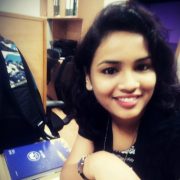 I am too much passionate about being creative. I take up challenges and do not hesitate to meet new people and have great learnings from them. I look up for opportunities and new tasks instead of getting settled for what I have.I am a pack of surprises and love.