Manchester United defeated Chelsea 2-1 on Sunday at Old Trafford which saw United move back up to the 2nd spot in the Premier League with 59 points and left Chelsea at the 5th position with 53 points. Romelu Lukaku’s Man of the Match performance helped United come back from a 1 goal deficit against the visitors.

Manchester United began with a 4-3-3 formation which saw Paul Pogba come back in the squad in his preferred position and youth product Scott McTominay started his 3rd game on the trot. Chelsea, fresh from a great performance against FC Barcelona in the Champions League midweek game, came in with a great momentum as Chelsea boss Antonio Conte looked to get level with United boss Jose Mourinho after the bitter press conference comments in January. Chelsea played with their standard 3-4-3 formation which saw striker Alvaro Morata start for the first time after being sidelined because of an injury. Ex-Utd academy product Danny Drinkwater also started. The managers had a customary handshake at the beginning of the game which may indicate the burial of the quarrel.

Chelsea got off to a fantastic start as they started with wave after wave of attacks with the Morata hitting the crossbar a few minutes into the game. United slowly started gaining momentum but lost the ball post a corner kick and Chelsea whipped up a scintillating counter-attack which saw Chelsea taking the lead as Hazard assisted Willian in the 32nd minute. United looked plenty shaky and did not look threatening but Romelu Lukaku got his goal thanks to a great holdup play and link up with fellow attackers Sanchez and Martial and got back on the scoreboard in the 39th minute. The first half had Chelsea written all over it as the Premier League Champions dominated thoroughly. Willian and Hazard who dominated the first half attack-wise, faded soon.

The second half although was a different story. Man Utd took the driver’s seat and dominated well as Chelsea sat back comfortably. United had more attacking plays this time around which was a welcome change in Utd’s usual game this season which was seen by many as a bit too pragmatic. Jesse Lingard, who came on for Anthony Martial, sped up United’s attack with his high pressing and energy. It worked in United’s favor as Lingard headed in a pinpoint cross by Lukaku to put Man Utd ahead of Chelsea, 2-1. Morata pretty soon had a goal declined as the linesman declared it offside.

Pogba came back into the side after being dropped consistently for the last few games by Mourinho. But it was Lukaku who stole the show as he played a vital part in both the goals which saw Man Utd gain a much-required victory, not just in terms of points but also in terms of the morale boost. Chris Smalling and Nemanja Matic put in a good shift too.

Up next Man Utd face Crystal Palace at Selhurst Park on 5th March and Chelsea face Manchester City at the Etihad Stadium on 4th March. 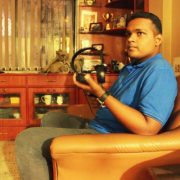 Reader. Writer. Teacher. Preacher. Occasional Exerciser. Master Procrastinator. I believe in the strength of those who walk amongst us and not the fabled ones. I don’t eat to live, I live to eat. I am responsible for what I say and not what you interpret. Karma, music, humour, Rahman. And yeah, I am also the biggest misanthrope you’ll see around. Which means I hate humans, saved you the trouble of looking it up ( ͡° ͜ʖ ͡°)