The Syrian civil war and subsequent refugee crisis have been a constant focus of news bulletins and op-ed pieces. The multidimensional war in Syria, involving President Assad, the US, ISIL, Russia, rebels, the Kurds – to name a few of the participants- almost seems to have become part of our daily routine. Chemical bombings, refugees dying while fleeing, torture – all such happenings in Syria are highlighted and then seemingly float away in the bubble of headlines. Yet, the strife continues. Syrians flee, their cities are destroyed, all the while the conflicting interests of the participants cannot further peace talks – reconciliation does not seem to be close.

The involvement of so many parties has only furthered sectarianism and discrimination in an already fractured Syrian social order. President Assad’s regime, marked with the anti-Kurdish and Anti-Christian system, along with high unemployment rates and human rights violations, obviously failed to reconcile its interests with the rebels’ demand. Both sides in turn have varying factions that have their own demands, with ISIS interests and atrocities on one hand, and interests of the Kurds on the other, along with those of the Christian and Assyrian minorities. Iran, Turkey and Saudi Arabia grapple with providing support to factions that further their own interest. Meanwhile, the American and Russian interests in the war seemingly rest on asserting their position as the leading world power. As anti-refugee sentiment rises, the viable options for those fleeing from a torn homeland close. A New York Times series chronicles the lives of Syrian refugees in America. Hint : It’s hard. Very, very hard. Leaving family behind, living under a country where one isn’t welcome by all, culture shocks, being regarded as the ‘other’ – the family is willing to forego it all to survive. While for many Syrian natives returning home remains a distant dream, refugee camps and the treatment meted out to them remains less than ideal. 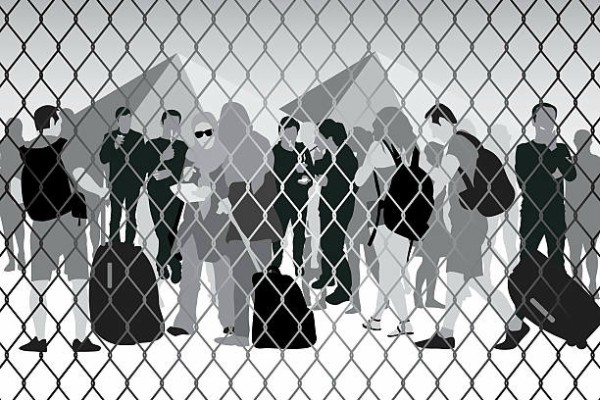 Series’ like the aforementioned, interviews with refugees, tweets from those in the very cities of Syria might make us uncomfortable, yet they help move past this normalisation of war and war-mongering. Their are human lives at stake every day, it all appears to be in good humour to make jokes about the coming of World War Three, yet for Syrian people it is a reality. It is no surprise that Syrian children are growing up with severe anxiety, depression and PTSD. The crisis was infact only given worldwide attention when pictures of the body of three-year old Alan Kurdi went viral – the situation was disturbing and heart-breaking, moreso this ocuured in 2015, fours years after the war had begun. Will the Syrians be able to reconcile themselves with what has occurred? Homes have been razed to the ground, families split apart. Even when the war does end, reconciliation and rehabilitation will take much work. Civilians returning to Aleppo grieve at the cities’ ruined state. Parts of the cities’ Umayyad mosque were destroyed, yet all those returning still flocked to it; to pray, to grieve, and to relive past memories – all navigating of the hardships of reconciliation.

Presently, the Syrian war continues. The UN has started peace talks in Geneva, but President Assad has dismissed them, praising instead the parallel process taking place in Kazakhstan.The Syrian government is also close to establishing its hold over Damascus, rebels are being evacuated from there.

The mention of Syria should not be synonymous with that of war of refugee crisis. Try and aid the same! Check out and donate to the linked organisations and charities working in Syria , and for the benefit of Syrian refugees:

If you know of more such organisations, do tell us in the comments below or message us on Facebook!

The Truth Behind The Fear Of Number 13

Shruti Shhreyasi can be found in her bed, shamelessly binge-watching TV shows, or eating at various points across the city. She tries to jot down stories about far away lands in her spare time.