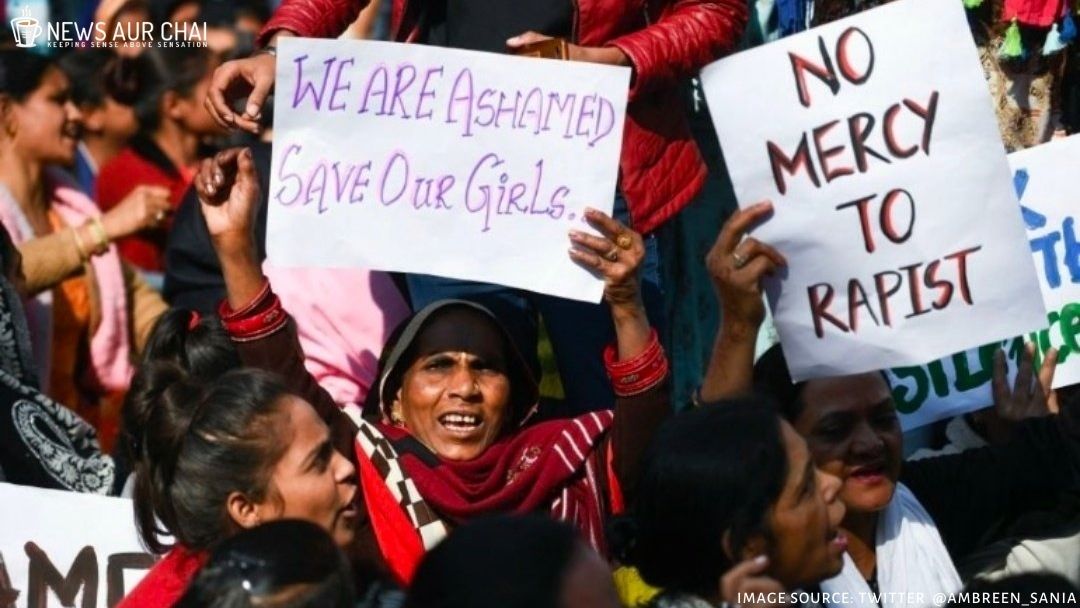 The 19-year-old Dalit victim from Uttar Pradesh’s Hathras succumbed to death to injuries in Safdarjung Hospital, Delhi, on Tuesday morning after four upper caste men allegedly gang-raped her. She was referred from Aligarh’s Jawaharlal Nehru Medical College to Delhi the previous day.

The victim was initially admitted to ICU in a district hospital with her tongue cut off, spinal cord severely injured, along with other multiple fractures. She was later shifted to Aligarh hospital for better treatment.

The woman was attacked on September 14 at her village in Hathras, some 200 km from Delhi, where she was dragged by her dupatta into the fields while she was cutting grass with her family.

The incident came in as a wave of crimes against women in Uttar Pradesh in recent months, sparked nationwide shock and anger as details of the woman’s injuries emerged. Fractures at the base of her neck left her struggling to breathe, said doctors. It was also believed that she bit her tongue and cut it when her attackers tried to strangle with her dupatta.

The alleged four upper-caste men are booked with gang-rape and attempt to murder, apart from charges under the SC/ST (Prevention of Atrocities) Act.

Their arrest came after the victim provided her statement based on September 23, when she briefly regained consciousness. She had accused three men – Sandeep, his uncle Ravi, and their friend Luv Kush, of committing the crime.

According to an Indian Express report, the family alleged the main accused Sandeep and his family had “always harassed Dalits in their area.” Nearly two decades ago, Sandeep’s grandfather had been arrested under the SC/ST Act and served three months in jail for allegedly thrashing the victim’s grandfather over a petty issue.

The victim’s brother further claimed the incident of 19 years ago had left rancor between the families, “but nothing ever happened.” The alleged are from upper castes and use to call them names, which the victims family ignore. The accused, Sandeep, is said to be an alcoholic who harasses women; however, he was never reported.

On Tuesday, the Hathras District Magistrate, Praveen Kumar, said the family would be provided Rs 10 lakh as aid.

Congress general secretary Priyanka Gandhi Vadra reacted to the incident targeted UP State Government and Tweeted, “Law and order in UP has deteriorated to a great extent.” She slashed Chief Minister Yogi Adityanath, and wrote, “You are responsible for the safety of women in UP,” also demanded severe punishment for the accused.

Meanwhile, Delhi Chief Minister Arvind Kejriwal Tweeted the incident to be “shameful” for the country and demanded that culprits should be hanged at the earliest.

Outraged Netizens demands justice for the victim while calling out to police to respond like the Hyderabad case, and demands stringent punishment, including revamping law and order. Meanwhile, many slashed media for not covering the rape brutality.

Even today, English TV's 99% coverage is on Sushant/Drugs & not Hathras.

After outraging on twitter, their workers are HAPPILY taking part in the same filth on TV.

Will TV deploy 8 reporters in Hathras like Mumbai? Will TV workers refuse to work in protest, if they really care? https://t.co/dQgHzPTb2V

The culprits of this brutality & horrific crime should be hanged in public. #Hathras https://t.co/KHCnLqtGOh