Dilip Kumar fell in love for the first time with renowned actress Kamini Kaushal. It was on the sets of ‘Shaheed’ that their love blossomed. They were planning to marry as well, but Kamini’s brother was against the relationship. Since, Kamini was already married to her late sister’s husband to look after her child; it was difficult for her also to move out. It is also said, that Kamini’s brother even threatened the actor to break off and move on.

Dilip Kumar was engaged to Madhubala, who was the most celebrated actress of her times. But it is said, the actor’s ego came in between and they both broke up. The story is, Madhubala was not getting permission from her father to shoot at a certain place and Dilip Kumar was approached by the producer to convince her father. He tried, but failed and the actress refused to disobey her father. And when it came to their marriage, Madhubala asked him to apologise to her father, to which Dilipji refused. They broke up because he did not apologise to her father. Madhubala was madly in love with Dilip Kumar and it is said, that she was sad when he got married. Bad luck!!

For quite sometime, Dilip Kumar remained away from love and relationships, after he broke up with Madhubala. It was hard to believe that any of them could move on. But, he did, after he met Saira Banu. When the actor was introduced to Saira Banu, he considered her “too young” to be paired opposite him in the movie. Also, the actress even confessed that she fell in love with his onscreen image since she was 12 years of age. Their fairy-tale romance turned to a successful marriage when Dilip Kumar was 44 and Saira Banu 22 year old.

Dilip Kumar was soon bored and got in a relationship with a Pakistani lady called Asma. Dilip saab divorced Saira Banu and got married to Asma. But their marriage didn’t last long and they ended up divorcing after two years of marriage. Apparently, Asma was caught cheating on Dilip saab, which he could not tolerate. He later re married Saira Bano.

It was after his divorce with Asma that the actor realized his mistake of moving out of his first marriage and went back to Saira Banu. Since then Saira Banu left Bollywood and enjoyed her role as a homemaker and the couple lived happily ever after. 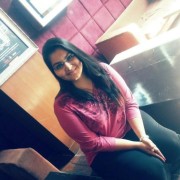