Coronavirus India: Why Next Few Weeks Are Crucial?

Coronavirus India: Why Next Few Weeks Are Crucial?

India's resources are limited, and its capacity is insufficient. The only option now is 'pool testing.'

India has been aggressively fighting against the COVID-19 ever since its first case was detected back on January 30. It has eased testing eligibility and invoked a stringent 122-year-old colonial-era epidemic diseases law to restrict public gatherings, among other things. Now it has extended the lockdown till May 3, to contain the virus.

Over 1,80,000 tests have been conducted so far, out of which around 4.3 per cent of the samples have tested positive. The contagion has killed 377 people as on April 15, with the virus spreading across more than half of the 700 districts in the country–identifying several hotspots daily.

The global health experts are keenly watching the steps taken by India to contain the virus. With a dense population of over 1.37 billion, vast geographical differences and weak public health system, that can easily be overburdened with a spike in positive case, India with its rigorous containment is becoming a hot topic of discussion at the international platforms.

India is currently in the early phase of the virus, with less number of tests being conducted, it will take a few more weeks to have a clear picture of the prevailing situation.

According to Shamika Ravi, a senior fellow at the Brookings Institution who is closely tracking the infection, believes India is not doing badly. She says the number of active cases is multiplying every seven days, a slower rate than before. The death rate is still low but rising.

People are also pointing to the lack of reports concerning any wave in hospital admissions with influenza-like illness and COVID-19 patients, which would hint at a rapid community transmission.

India‘s health ministry has vigorously denied there has been community transmission even as doctors from around the country said that they have been noticing patients with COVID-19 like symptoms from early March.

Before easing the lockdown to prevent an economic meltdown, flattening the curve of the virus is essential, for that India will require more surveillance testing to find out who’s infected and who’s not.

In that case, India would require millions of testing kits and trained workforce to handle the process. Testing is also a highly involved process, which includes ensuring a cold chain for and smooth transport of tens of thousands of samples to the labs. India’s resources are limited, and its capacity is insufficient. The only option now is ‘pool testing.’

What is Pool Testing?

The country’s nodal body for testing – the Indian Council of Medical Research on April 13, recommended ‘pool testing’ — mass testing for coronavirus at low cost – conducting tests of groups of five persons as a poll. Here, individual patients are screened only if the pool tests is positive.

The advisory said, this process will be used in areas that have a low prevalence of COVID-19. In areas with more than 5 per cent positive cases, individual samples should be sent for testing.

How antibody testing can help in this situation?

Antibody tests — also known as serology tests — aren’t meant to diagnose active infection with COVID-19. Instead, they check for proteins in the immune system, known as antibodies, through a blood sample. The presence of proteins indicates a person was exposed to the virus and developed antibodies against it. It also shows that the person has at least some immunity — although experts are not sure how strong the immunity may be or even how long it will last.

Such blood test is easier and quicker to scale up than, say administering polio drops for immunisation, which India has successfully done.

Along with this, India needs to look at plasma therapy; it involves using blood with consent from patients who have successfully battled the infection. This antibody-rich blood plasma can be infused into sick patients. Many doctors assume it is a “hopeful milestone’ in treating the disease.

Indians doesn’t have the culture of testing for infectious diseases because most citizens cannot afford it. Risk mitigation is not instilled in the culture, which makes it much more challenging to fight the virus. 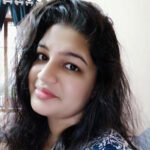 A Possible Recession? 6 Reasons To Start A Business During A Downturn