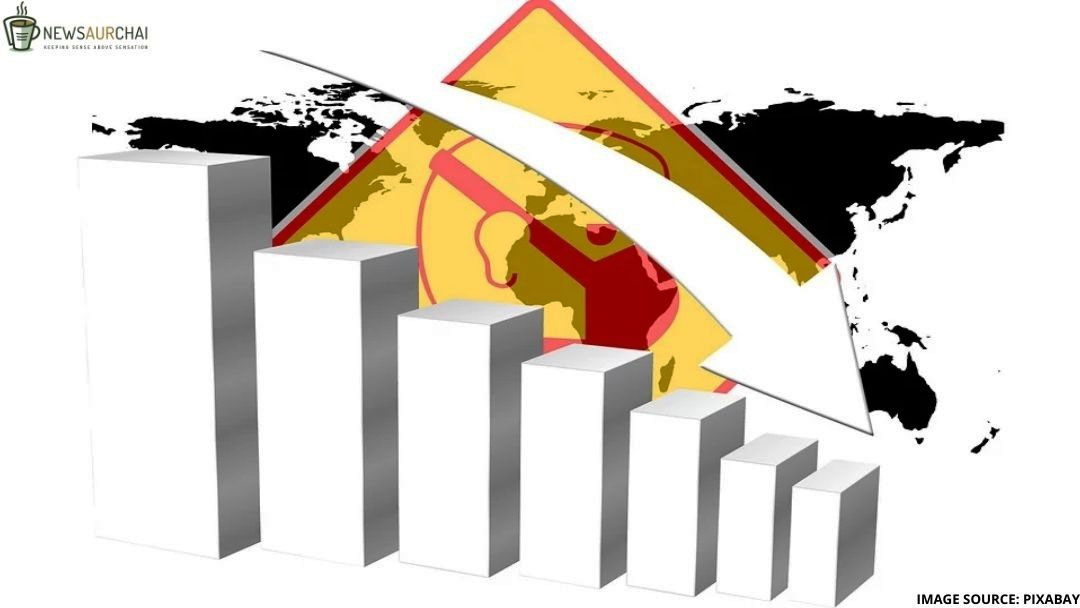 Due to the risk of worldwide recession triggered by coronavirus epidemic, last few weeks have been particularly difficult for many investors. The fall of Indian benchmark indices, BSE Sensex and NSE Nifty, over 20 per cent this month, along with several other global indices, have added to the fear.

The BSE Sensex, one of the widely used equity market indicators in India, after sharp corrections in three trading sessions on March 9, March 12 and March 16 by 5.1 per cent, 8.1 per cent and 7.9 per cent respectively, crashed by an overall 19.83 per cent in the current month till March 17.

As a whole, the Sensex has fallen by more than 25 per cent from its peak closing of 41,952 on January 14, this year. The global gross domestic product (GDP) growth protection for 2020 had been halved by the Organization for Economic Cooperation and Development (OECD) due to the outbreak.

Siddharth Khemka, Head-Retail Research of Motilal Oswal Financial Services says that sure to the spread of coronavirus in more than 100 countries, the global equity market has undergone a downfall, as a result of which the virus is being considered to pose one of the biggest threats to the world economy and financial markets.

The declaration by the World Health Organisation about the coronavirus outbreak being a pandemic has caused panic in the equity markets.

US President Donald Trump observed that the economy might be headed towards a recession, and it was followed by the Dow Jones index closing 12.9 per cent down, its worst percentage drop since 1987.

London’s FTSE 100 closed 4 per cent lower, similar to the slides of other major European markets, including France’s Cac 40 index falling more than 5.7 per cent and Germany’s Dax dropping more than 5.3 per cent.

The US Federal Reserve cut interest rates to almost zero on March 15 and launched a stimulus programme worth 700 billion dollars, a coordinated action declared alongside the UK, the eurozone, Japan, Canada, and Switzerland.

The central back around the world has been announcing a coordinated effort to combat the situation, thereby preventing damage to the economy.

The Caixin/Markit Manufacturing Purchasing Managers’ Index shows that China’s factory activity contracted a record-low reading of 40.3, which has hurt the economies of the countries with close ties with China like Vietnam, Singapore, South Korea. Services industries of China have also been hit and are facing reduced consumer spending in retail stores, restaurants, aviation and others.

Oil prices which were already facing a rough patch in a price war between Saudi Arabia and Russia, had a depreciation. It was estimated that the factories closing in China‘s Hubei province could result in the world economy to stumble briefly, but now it seems that the outcomes would be more widespread.

Analysts believe that reduction in oil demand sure to coronavirus outbreak and expected increase in supply are “double whammy” for oil markets.

Investors are also bidding up bond prices, causing yields in major economies to go lower. US Treasury contacts’ yields dropped below 1 per cent last, week and the benchmark 10-year contact saw its historic low of around 0.3 per cent.

The travel and tourism industry plus leisure activities are facing a standstill which is likely to contribute to the protracted recession. This could lead to cash flow emergencies in business, possible corporate failures, and rising unemployment.

India may witness a significant setback in imports and exports in industries such as pharmaceuticals, electronics, mobiles, auto parts, telecom instruments, dairy industrial machinery, organic chemicals, as China, the biggest exporter to India, is under lockdown. However, experts believe that India, as a major importer of crude oil, is likely to benefit.

Pankaj Bobade of Axis Securities says that correction in crude oil prices and its benefits outweigh the market volatility in the equity markets, make Indian equity markets a good investment proposition. It has immediate benefits by bringing down current account deficit, fiscal deficit and inflation.

Indian equity markets are relatively in a better position compared to its global peers and experts are expecting sectors like autos, private banking, speciality chemicals, consumer staple and discretionary consumption plays to have a quicker recovery.

The Indian equity market bounced back on March 13, although the Sensex closed 20 per cent below the peak that was achieved two months prior.

Economists in India recommend the central to combat the situation by providing big fiscal stimulus, borrowing more as private demand for funds is weak, offer tax concessions to affected sectors, increasing funds for healthcare, interest subvention for boosting consumption etc. They also observe that the RBI can cut interest rates with inflation cooling and get liquidity moving to NBFCs to ensure lending on the ground.

The full impact of the coronavirus outbreak on the economy will be more transparent with the following months.

Related Topics:CoronavirusNiftySensexstock market
Up Next

How ICICI Bank Is Real Winner Amid Yes Bank Fiasco

Coronavirus Impact Is Beyond Infection And Deaths