Few cases have been marked in Indian history were nature has bagged justice in the court combat with humans. Kochi Maradu demolition case is one of such controversial cases which became a great lesson in the Indian history for builders. So let’s go back in the timeline to unravel 13 years of the controversial saga.

When it all began

In between 2005 and 2006, four apartments got the permission to be built in Maradu, a 1,235 sq km municipality in the heart of Kochi on the Vembanad. Four luxurious apartments; Golden Kayaloram with 40 apartments in 17 floors, Alfa Serene with 80 apartments in 32 floors, H2O Holy Faith with 91 flats in 19 floors and Jains Coral Cove with 128 apartments in 19 floors were built promising breathtaking view of backwaters. In 2005, CPM ruled Maradu panchayat permitted the builders to carry on, where the real problem began. In 2006 construction was granted. However, after nine months, the panchayat issued notice to the builders, which was directed by Kerala Coastal Zone Management Authority (KCZMA). One builder chose not to construct the apartment after the notice.

Why notice was issued?

Vembanad Lake, which is one of the largest Lake in Kerala, comes under the National Wetlands Conservation Programme. The environmental act of 1986 has placed some areas under the Coastal Region Zone (CRZ). The notice was issued as the site violated the norms of CRZ III, Floor Area Ration and other building rules– where no constructions are allowed within 200m from the coast, and it applies to all densely populated rural areas. The fences of the apartment touch dangerously close to the water body, thus violating the environmental laws. It is mandatory to get approval from CRZ for any construction near the coastal area, but Maradu panchayat didn’t get any clearance or permit from CRZ and continued with the building.

In 2016, the case was filed which was put forth by KCZMA against the builders stating that it was built without their permission. The apex court formed a technical committee for further study in this case, and the court was in favour of KCZMA. Now, the builders stated that in 2010, Maradu was termed as a municipality before that it was Panchayat, so CRZ III doesn’t apply to this particular site. However, the rules and norms state that the previous designation of the site doesn’t matter. So Maradu strictly falls under the CRZ III zone.

The people who got dragged into this mishap were the innocent residents. Without the knowledge of the background scene of legal entanglement, 246 families had occupied in these apartments and lost their life savings. They conducted several rallies, protest, and hunger strikes. On September 24, 2019, the Maradu municipality issued notices, for the residents to move out. When they were reluctant, power and water supply were cut, and they eventually moved out.

On May 8, 2019, the Supreme Court declared the construction illegal and ordered the demolition of the apartments. The Kerala government dilly-dallied on the implementation of the court order, which invited the wrath of the apex court. Later the State government appointed Snehil Kumar Singh, the Fort Kochi RDO, as a special officer for implementing the demolition work. Mumbai based Edifice engineering and Tamil Nadu based Vijay Steels and Explosives were given the task. Controlled Explosion techniques were used so that the debris doesn’t fall outside but fall inwards. Three hours before demolishment 2,000 people were evacuated from the nearby area, and two National Highways and roads were blocked.

On January 11, H20 Holy Faith and Twin towers of Alpha Serene were demolished with a 5-minute gap between the two demolishment. On January 12, Jains Coral Cove and Golden Kayaloram were demolished at 11.03 and 2.30 pm respectively. As per the order by Supreme Court, an interim compensation of, rupees 25 lakhs were given to each family. Two builders and a former officer were arrested associated with this case.

The residents in the neighbourhood of the flats, especially Alfa Serene, raised concern over cracks developed in their houses as pre-demolition works gained momentum. This prompted the district administration to ensure nearby houses for damages suffered from the demolition work.

Everyone involved in this case has a significant role to play, the builders who salivated for profit, the officers for whom the law was just another back page of a notebook, the banks who gave loan clearance. ‘To build, it took years and to demolish just seconds’ irony is that nature also plays through the same law. This case has taught a potent lesson that nature and law is something that should not be bend because it snaps after some time. 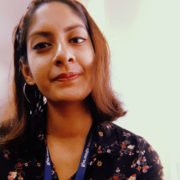