Amit Mishra is a versatile music director and a multi-instrumentalist with a strong affinity for classical styles of music. A soulful singer, the varied modulations, and power in his voice has been earned through a lifetime of association with performing arts. His family was few of the first ones to ever inspire him. His late father Shri. Shambhunath Mishra was a journalist and trained sitar player, his grandmother a well known Maithili folk singer. Taking a walk back into his childhood he still reminiscences about the musical gatherings and classical ragas as a traditional part of his upbringing. 10 years of his childhood were spent in the peaceful city of Benaras and the rest following in the bustling one of New Delhi.

“I remember an interesting incident back when I was in school and I had this urge to buy a guitar. The cheapest ones in those days would start from 300 rupees and my pocket money would not allow me to even purchase a single string, forget the rest of the instrument. Consequently, it took a lot of effort and odd jobs here and there to finally own the guitar. The best part, though, it turned out that the instrument came too out of shape to be even tuned as his brother’s friend regretfully informed him later”,he adds laughing. What really was intriguing later to know was that Amit Mishra apart from his musical work, has a bachelor’s degree in fine arts, and in fact graduated as a gold medalist in his batch from Delhi college of Arts. Though professionally having started with a career in the field of fine arts he ever fueled his passion for music and went ahead to getting trained in Hindustani classical vocals and further a brief introduction to a western classical style of guitars from Delhi school of music.

“I graduated in 1996 and got married in 1997 and thereafter was completely involved in art and music. Started off with the band ‘Ind Tranzit’ followed by acts ‘Som’, and ‘Maati’, and performed at multiple live shows. On the other side I continued with my day job as a professor in a government school located in Delhi and also would regularly take out time to compose music for myself”, he added. Having followed hence a career graph as a professional painter the real twist in the tale came with the offer for composing a title song. The project was a TV series “Ram Khilavan CM ‘N’ Family” directed by Ashwini Dhir, and Amit Mishra’s first commercial stint. An increase in the music related offers later led him to quit his job in Delhi and permanently shift over to Mumbai. The journey was never easy with back-breaking hours and lack of technical resources, but perseverance does pay as they say, and the times they change.

“My first movie break came on the way to working on the TV series “Laptaganj” then aired on SAB TV. Ashwini Dhir then along with directing the TV series was also parallelly working on the movie “Atithi Tum Kab Jaaoge?” and that’s when I was offered the chance. It started with composing the title track and later I ended up composing, writing and singing four songs for the movie. A big hit when released in back in 2010, there has been no looking back since then.” Later followed by the movie “Machchli Jal Ki Rani hai” and numerous other television series he is currently involved with the upcoming movie “Atithi in London“ and the latest project to go on air is the Tele-series “Khatmal e Ishque”. 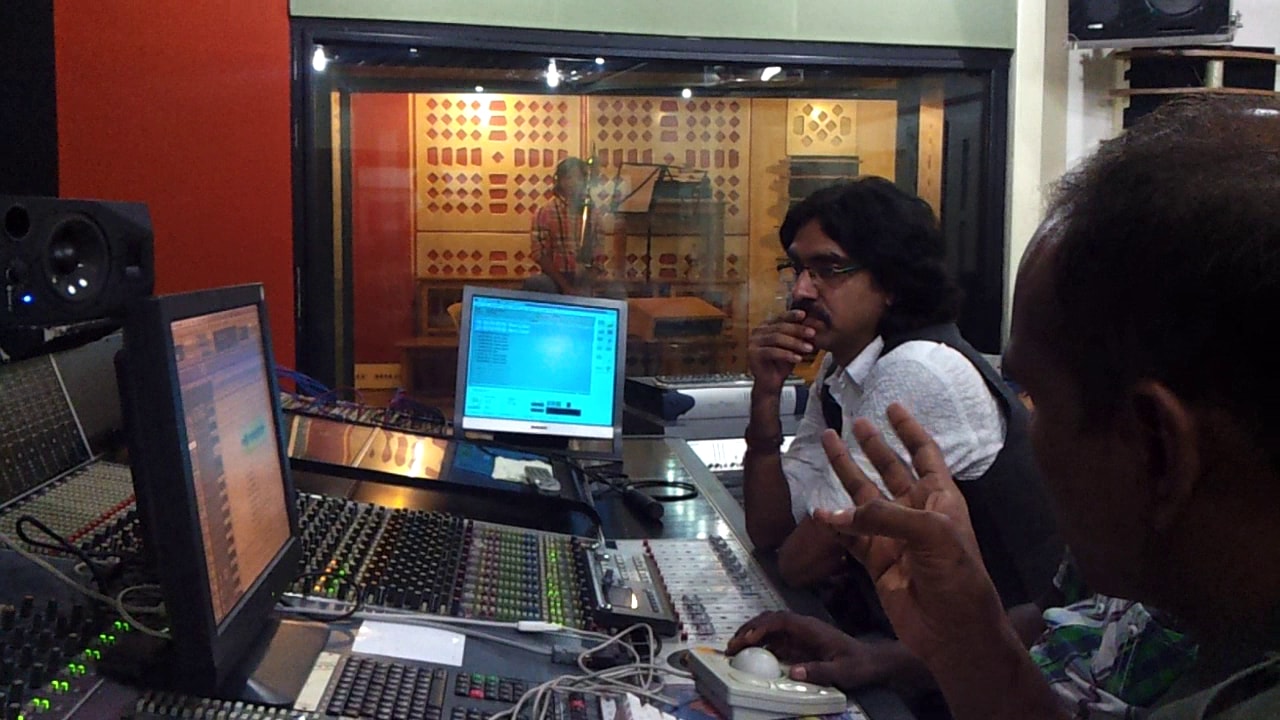 “I loved every part of my journey and have lived each and every moment with all my heart. Yes, there were ups and downs, times good and bad, but all I tried along the way was to take everything as an inspiration to further create music. It’s not just a song but a reflection of my soul that I put out there.” , he adds with a nostalgic smile playing on his face.

On a closing note, we asked him of sharing his experience for benefit of our younger generation of musicians, and he summarized it in two simple points.

“First”, he says, “Is to know yourself. And not just in terms of a musician but as a human. Compassion is the key to the composition as it expands your understanding of life, and hence music. They are both the same and understanding that is the key.” “Second, is to work relentlessly on your calling then no matter what anyone else says. In the process though do not lose out on the practicality of things and keep taking feedback from the experienced ones in your field to know whether you are on the right path or not.”

Thanks a lot for your kind words sir. We will stay tuned and look forward to more of your melodious work! Team NewsAurChai Wishes you all the success in life!

Why Jayalalithaa is so famous? Here are some facts you must know

Hi! I believe that the best creative ideas too can often be simple. I create Autism Awareness actively. Writing motivational articles is one of my passions. I strongly believe we can do anything if we really are willing to do.