Acid attack— a decade back this was one of the rarest cases that happened in India; however, this is now the new trend. Girls nowadays have to think twice before rejecting someone’s proposal; you may never know when you will be a victim of that acid splash. It doesn’t destroy one’s face alone, the confidence, the willpower, the courage, career and whatnot; your life turns upside down in just split second.

Today we will see a real-life hero who brought back her life to a normal track, not just for herself but for many such victims. Back in 2006, hardly 12 days after her wedding 23-year-old Pragya Singh was travelling in train from her hometown Varanasi, to Delhi, to pursue her dream career in apparel management. Around 2 AM a man whose marriage proposal she turned down threw acid on her face. However, he couldn’t destroy her will power, and after thirteen years, Pragya is now a social work and mother of two beautiful daughters and is now help other acid attack survivors across India.

Through her NGO, Atijeevan Foundation, Pragya provides free surgeries and non-surgical treatments for acid attack and burn victims. For the past six years, Pragya has funded crucial operations for almost 250 acid attack survivors and has counselled many more to have a fresh start at life. She is able to carry out her NGO work from the donations provided by well-wishers and corporates.

Atijeevan Foundation tries to fund most of the crucial surgeries as well as skin grafting to hair transplant and also the medical cost of such survivors. The beneficiaries of her NGO mainly belong to Uttar Pradesh, Delhi-NCR and West Bengal region. Apart from this, she also conducts skill development programs for survivors in the age of 30s and 40s who have been fighting over depression for years.

As per the survey, the acid victims mostly belong to the age group between adolescence to youth, and such incidents make them retreat from their regular life and close the door to the outside world. Moreover, their health conditions also don’t allow them to go for regular 9-5 jobs. Her NGO conducts workshops related to home furnishing, decorating, stitching and many more other skills which the survivors can work out from home.

Seeing her positive attitude even after being a victim of such a painful incident, doctors requested her to give motivation among other such survivors. This lead her in the path of counselling, which later made into a forum for such patients.

In India, around 250-300 acid attack and burn cases are being reported every year, and if you have a misconception that this happens only with women; then you are wrong as even men and children are also victims. Our nation has all necessary rules to run it, as long as all those remain in the paper such dreadful crimes will continue. 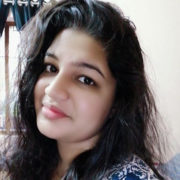